D’Angelo, Björk, FKA twigs, and The Chemical Brothers to Curate Their Own Sonos Radio Stations

First up is D'Angelo's "Feverish Fantazmagoria", which launches today 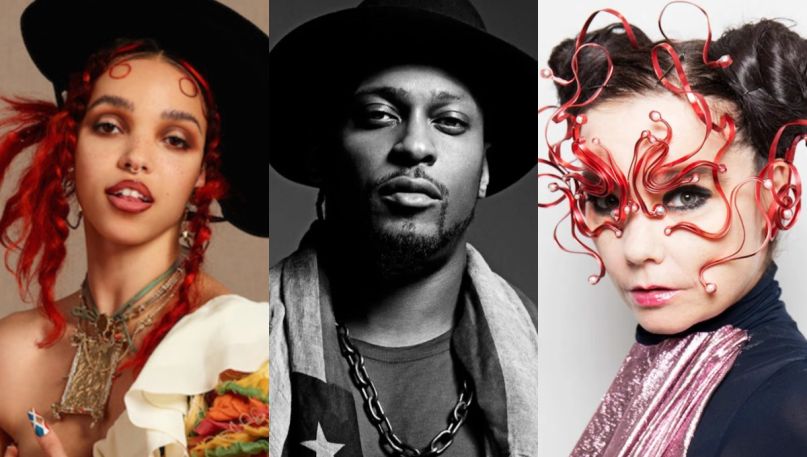 Ready those speakers, because D’Angelo, Björk, FKA twigs, and The Chemical Brothers are about to take over the airwaves — on Sonos Radio, that is. The subscription radio streaming service has asked all four acts to curate their very own radio stations. Given the eclecticism of this group of musicians, the new channels are sure to contain exciting selections.

In addition to these stations, the four artists will contribute condensed hour-long playlists for Sonos Radio Hour, the free version of Sonos Radio.

On Instagram, Björk said she is “quite thrilled to have had a reason to go through 21 years of music-file collecting,” adding,

“since my first laptop i have been cd shopping , awkward cassette finding , vinyl searching in secret stores on my travels and gathered them all into a library of gorgeous wave-files . it was only a question of time before i would share them and then in yet another form : them clouds and streams .

a lot of my heart belongs there … unbelievable memories with friends , loved ones , dj-ing in little bars , all sorts of occasions possible , in boats , cars , planes . here is music for weddings , solitudes , dancing , friendly chess matches or hikes ….

This isn’t the first time Sonos Radio has handed over the reins to prominent musicians. Last year, the platform had both Thom Yorke and David Byrne head up their own radio stations.