Taken from J.T., the recent tribute album he recorded for his late son 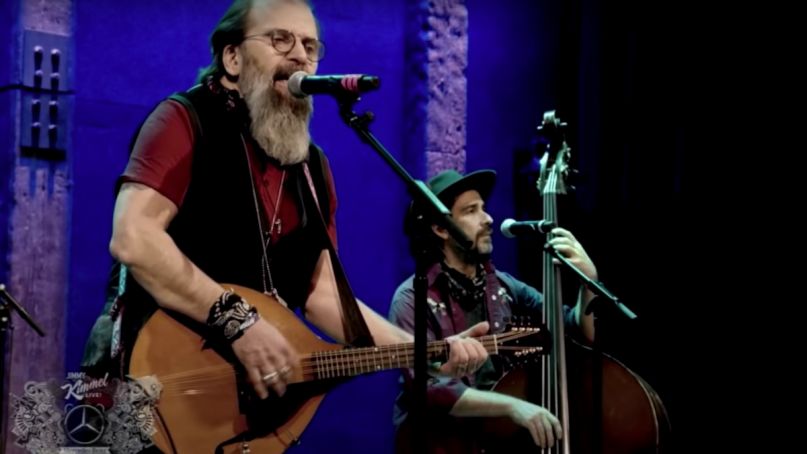 Steve Earle and the Dukes on Kimmel

Earlier this week, Steve Earle honored his late son, Justin Townes Earle, with the release of the covers album J.T. In what was surely an emotional moment for the country legend, the surviving Earle performed his rendition of “Harlem River Blues” on Thursday’s Kimmel.

JTE passed away over the summer after an accidental drug overdose. As he mourned, his father decided to record J.T. because it was “the only way I knew to say goodbye.” Backed by his band The Dukes on Kimmel, Earle’s performance of “Harlem River Blues” was thus something of a public eulogy for his departed son.

Update: Earle and the Dukes also covered “Far Away in Another Town” as a web exclusive. Watch both performances below.

100% of the artist advances and royalties earned from sales of J.T. will be donated to a trust Justin’s three-year-old daughter with Jenn Earle, Etta St. James.