He improvises piano playing behind Gorman's "The Hill We Climb" 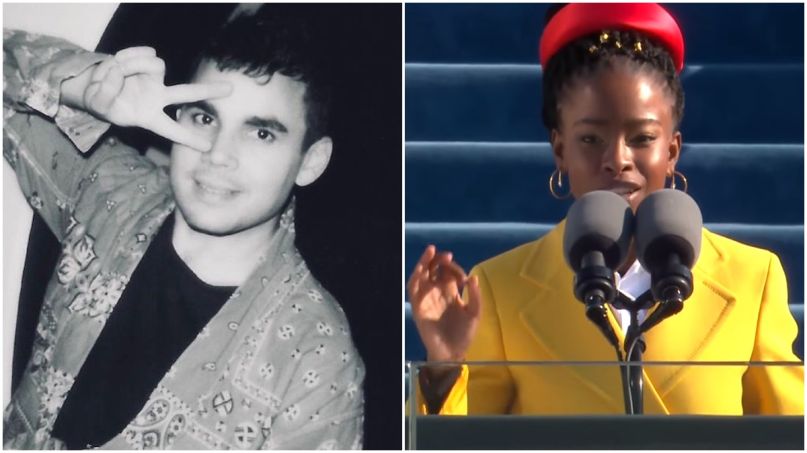 Although there were many high-profile performances at Wednesday’s inauguration, the one that stole the show was Amanda Gorman’s poem recital. The 22-year-old poet and activist delivered a piece called “The Hill We Climb” that many viewers found incredibly moving, and Rostam was chief among them.

The songwriter, producer, and former Vampire Weekend member was so touched by Gorman’s poem that he immediately stepped into his studio and started writing music to accompany it. After improvising on the piano while listening back to the speech and coming away with three takes, he decided to keep the second one and dub it over video of Gorman’s big moment.

Titled “The Hill We Climb – Piano Improvisation in G Major”, the composition consists of alternately lilting and sprightly piano playing that dips and dives in tandem with Gorman’s dynamic delivery. The accompanying visual is a blend of Rostam’s hands at the keys and footage from Gorman at the podium, which makes for a simple yet effective accompaniment to the piece. Take it all in below.

Last fall, Rostam returned with a new song called “Unfold You” which was his first new single since 2018’s “In a River”. In a statement he released alongside the track, he revealed that it’s part of an upcoming album that “deals intrinsically with the subject of change”, so hopefully that project arrives later this year.

Between now and his 2017 album Half-Light, he also produced Clairo’s Immunity and HAIM’s Women In Music Pt. III.