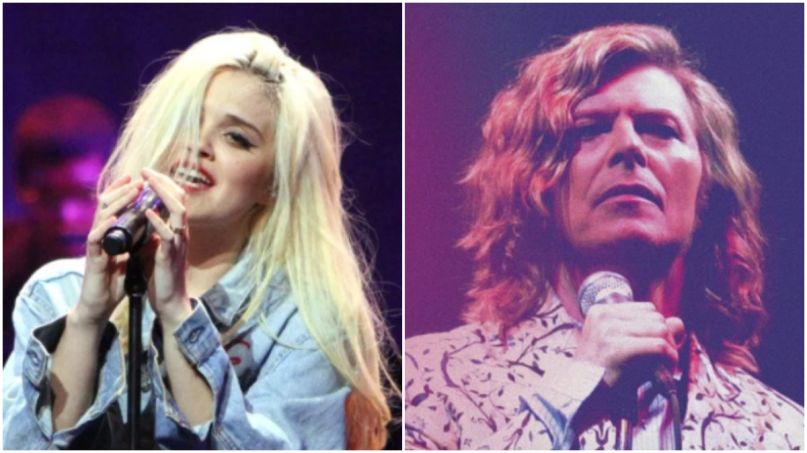 She still hasn’t offered any updates on her new album, but Sky Ferreira has given us something. On Friday, the 28-year-old pop artist took to Instagram to share a previously unreleased cover of David Bowie‘s “All The Madmen”.

As Ferreira indicated in the caption with an all-caps “HBD”, her rendition of the tune from his 1970 album The Man Who Sold the World was in honor of Bowie’s 74th birthday. Ferreira also wrote informed fans that the cover is not new. She labeled it a “lost tape recording/demo” version of the song, and included a parenthetical, “(I just found this btw)”, to underscore that it’s a rarity she recently dug out of the archives.

Nevertheless, a new song of any kind from Ferreira doesn’t happen often. After breaking out with her 2013 debut Night Time, My Time, we’ve included its sophomore follow-up, Masochism, on every Most Anticipated list since 2015. It’s anyone’s guess if Ferreira will finally unleash into the world in 2021, but Stereogum did point out one hopeful sign.

On November 7th, days after Trump lost the election to Joe Biden, Ferreira wrote on Instagram that her album “couldn’t exist during the Trump presidency”. Maybe the Biden administration will yield the right landscape for Ferreira to unleash Masochism upon us.

Until then, take a listen to her lo-fi yet well-done cover of this Bowie classic below.

Yesterday, fans were also treated to two previously unreleased covers from Bowie himself. Rhino Records delivered a 7-inch single that included an unheard reimagining of John Lennon’s 1970 single “Mother”, and a cover of Bob Dylan’s 1997 track “Tryin’ to Get to Heaven”.

For more Bowie celebration, Consequence of Sound honored the Thin White Duke all week with our Forever Bowie series of features. And for the kids, Bowie’s music just landed on TikTok, so let the copyright law-abiding dance challenges begin.