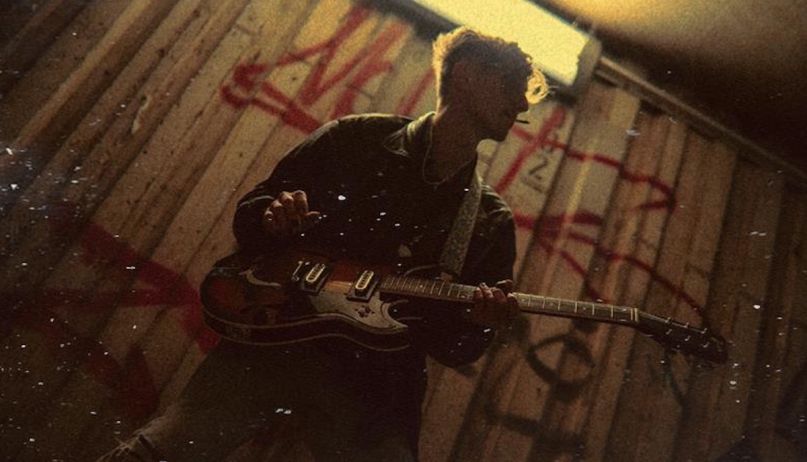 For most of us here, our teen years seems like ancient history or something out of another lifetime. But whether young, old, or somewhere in the middle, we can still pinpoint what made those days so powerful: that feeling of pure invincibility. And that the whole world was right there for the taking.

More than a decade later, the future doesn’t exactly look as bright as we’d hoped, but that doesn’t mean we can’t turn to nostalgia as a means of escapism. Enter Belgium’s aptly named The Haunted Youth, a new indie rock outfit whose debut single captures the essence of being young, hungry, and hopeful.

Their first-ever release is called “Teen Rebel”, and it paints scenes that are all too familiar — even for this 33-year-old oldie. “Sweet teen rebel, you’re walking to the door, teen rebel/ You pass out on the floor, teen rebel/ Always wanted something more,” frontman Joachim Liebens sings.

Guitar-driven and coated in a velvety dream pop haze, the track is reminiscent of classic early 2010s indie rock — think Tame Impala, DIIV, Yuck, or MGMT. It also has a cinematic quality that should have romcom music supervisors thirsting (Temper Trap’s “Sweet Disposition” 2.0, anyone?). Indeed, the nostalgia works on multiple levels here.

Take a listen below and travel back in time to (more than likely) better days.

The Haunted Youth are signed to Mayway Records, which last year gave us a promising tune from Belgian folk songwriter Meskerem Mees. No word on when we can expect more from this fledgling European act, but press materials say, “The Haunted Youth is there for you and is here to stay.”