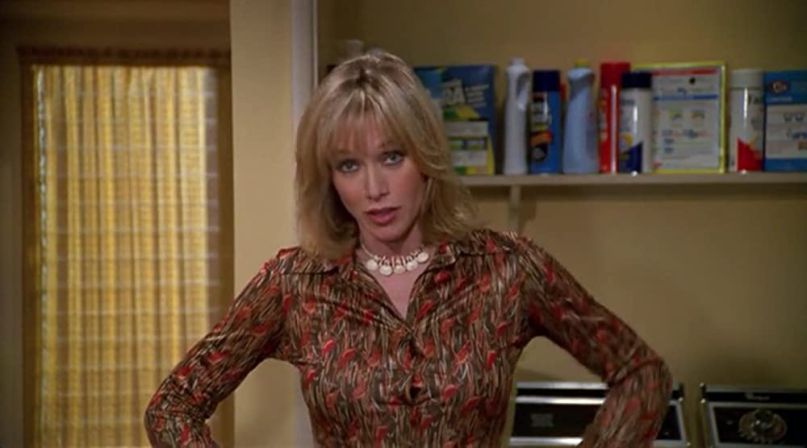 Tanya Roberts on That '70s Show

TMZ reports that Roberts did indeed pass away Monday evening at Cedars-Sinai Hospital in Los Angeles. Update: Roberts’ official cause of death “was from a urinary tract infection which spread to her kidney, gallbladder, liver and then blood stream.”

On Sunday, a publicist representing O’Brien issued a press release saying that Roberts had died. The press release even included a statement from O’Brien, saying: “As I held her in her last moments, she opened her eyes.”

However, on Monday afternoon, O’Brien received a call from Cedars-Sinai saying Roberts was still alive — though her condition remained “dire.”

Roberts was hospitalized on Christmas Eve after collapsing while walking her dogs.

The 65-year-old actress is perhaps best known for her role as Midge Pinciotti on That ’70s Show. She also played “Bond girl” Stacey Sutton in 1985’s A View to Kill and starred as the titular role in 1984’s Sheena, Queen of the Jungle.