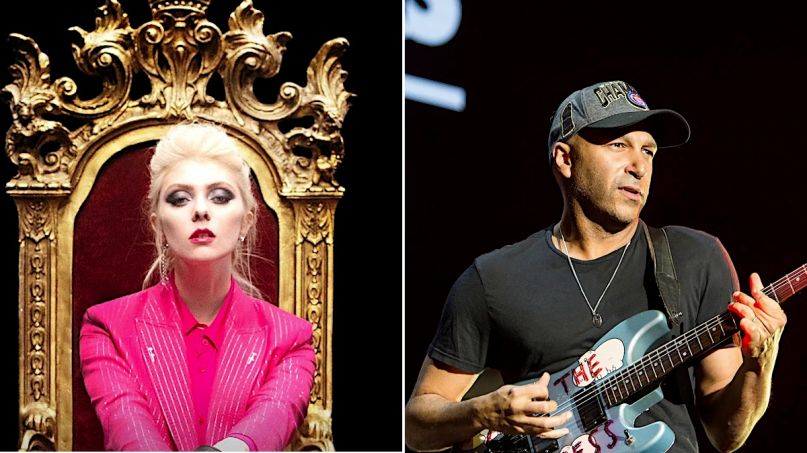 The Pretty Reckless have unleashed the latest single from their upcoming album, Death by Rock and Roll. The new track, “And So It Went”, features guest guitar playing from Rage Against the Machine’s Tom Morello.

Death by Rock and Roll arrives on February 12th, and has already been preceded by the title track and the recent single “25”. The new song, “And So It Went”, finds Taylor Momsen ascending to a raspy scream over a heavy guitar riff in the verses. Morello’s trademark playing really comes to the forefront at the 2:35 mark with a blistering solo. The track ends with a children’s choir singing along with Momsen on the chorus.

“The world has been in such a state of civil unrest,” said Momsen of the song in a press release. “‘And So It Went’ basically comes from that vision. As a songwriter, I feel like I’m not here to preach. I use music to observe and communicate what I see around me. This song felt like the perfect storm for Tom Morello to join in and rip the sound waves apart with his guitar. It was more than a pleasure having him add his unique and defining sound to the song.”

Death by Rock and Roll was originally set to be released in 2020, but was delayed due to the pandemic. It marks the Pretty Reckless’ fourth album overall and the follow-up to 2016’s Who You Selling For.

Take a listen to “And So It Went” below, and pre-order Death by Rock and Roll here.