Andra Day Refuses to Be Silenced in First Trailer for The United States vs. Billie Holiday: Watch 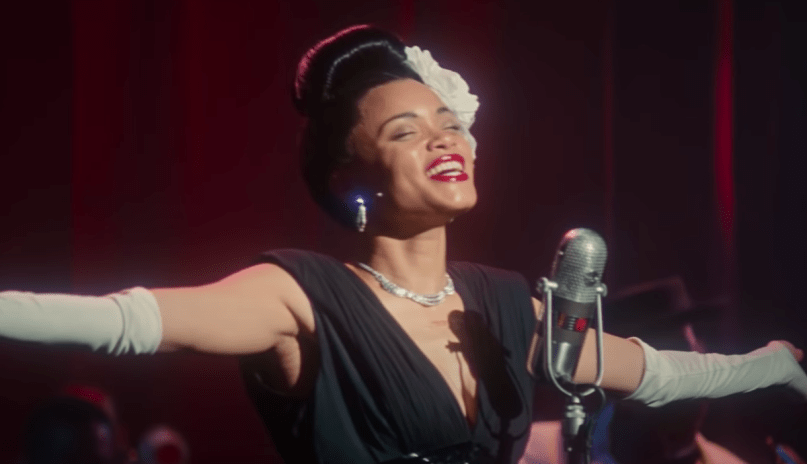 Andra Day in The United States vs. Billie Holiday trailer

Billie Holiday’s fame in the ’30s and ’40s threatened the very fabric of racist white America. But it was her popular recording of “Strange Fruit”, a song protesting the lynching of Black people, that officially made Holiday an enemy of the country. In an effort to discredit and silence her, the Federal Department of Narcotics targeted Holiday relentlessly, knowing she’d had a history of drug abuse.

“You think I’m gonna stop singing that song?” Day as Holiday asks in the clip, when confronted about the danger of continuously performing “Strange Fruit”. “Your grandkids will be singing ‘Strange Fruit,'” she replies, in a true mic drop for the ages.