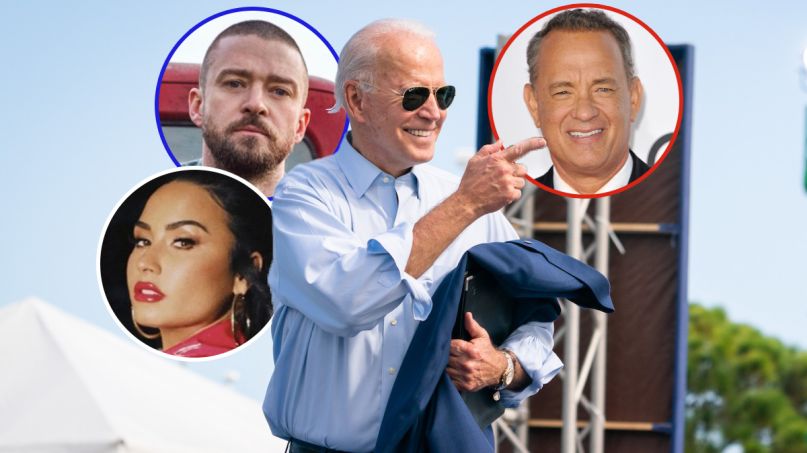 If the worsening pandemic hand’t already put a damper on President-Elect Joe Biden’s inauguration plans, last week’s storming of the Capitol certainly did. In light of the suddenly numerous safety issues, many of the typical in-person events that celebrate an incoming president are being called off or pushed to the virtual space. In their place, Biden’s team has put together a star-studded TV special set to air on inauguration night.

Dubbed Celebrating America, the 90-minute special will be hosted by Tom Hanks and feature performances from Demi Lovato, Justin Timberlake with Ant Clemons, and Jon Bon Jovi. In an interview with TODAY on Wednesday, Timberlake confirmed he and Clemons will be performing their recently released collaboration “Better Days”. The pair previously performed the track for Stacey Abrams’ “Rock the Runoff” fundraiser back in December.

More guests are expected to be announced soon, but the inauguration special will also be focused on the everyday people Biden was elected to represent. As a press release put it,

“Through different segments and performances, the program will highlight the strength of our democracy, the perseverance of our people, and our ability to come together during trying times and emerge stronger than ever before. The program will celebrate American heroes who are helping their fellow Americans through this crisis, including frontline workers, health care workers, teachers, citizens giving back, and those who are breaking barriers.”

Celebrating America is set to air at 8:30 p.m. ET on inauguration eve, January 20th. ABC, NBC, CBS, MSNBC, and CNN will all broadcast the special, but (feigned-shock-that-transitions-to-eye-roll) Fox and Fox News will not. However, Fox’s NewsNow streaming service reportedly will carry the special, as will Amazon Prime Video, Microsoft Bing, and AT&T’s DIRECTV and U-verse. You can also tune in via the Biden Inaugural Committee’s social feeds.