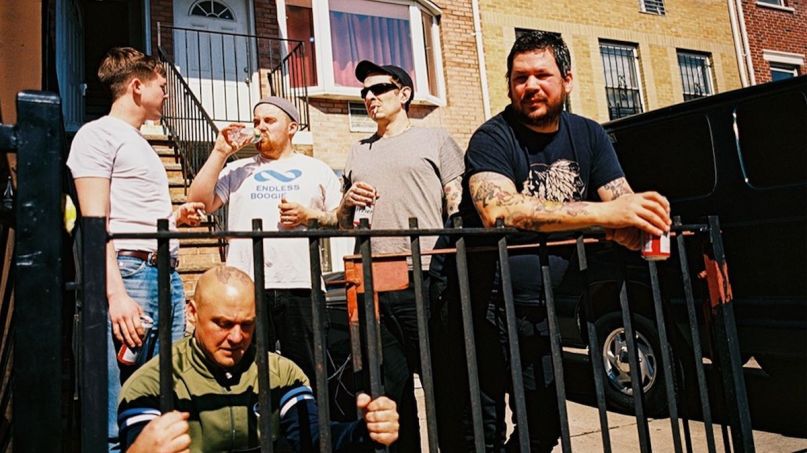 Viagra Boys made a name for themselves by putting a satirical spin on punk with their 2018 debut Street Worms, and they continue to do so here on Welfare Jazz. The record includes standout singles like “Ain’t Nice”, in which singer Sebestions Murphy comes to terms with setting the wrong goals for himself, as well as the synth-based track “Creatures” that offers a nuanced look at crude miscreants.

Elsewhere, the 13-song effort boasts a surprisingly faithful cover of the John Prine classic “In Spite of Ourselves”, featuring Amy Taylor of Amyl and the Sniffers.

In the studio, Viagra Boys recorded the new album with a handful of notable producers, such as Matt Sweeney (Bonnie “Prince” Billy, Run the Jewels) and Justin and Jeremiah Raisen (Yves Tumor, Kim Gordon, Sky Ferreira). The group also called on previous collaborators Pelle Gunnerfeldt and Daniel Fagerström (The Hives, The Knife).

In a review for the album, Consequence of Sound writer Tyler Clark called Welfare Jazz a “booze-powered funnel cloud” with plenty of memorable moments: “At its best, Welfare Jazz represents an evolutionary step from Street Worms that’s tighter, tougher, and more riotous than what came before. That same evolution even lifts the record’s missteps.”