The heavy-punk trio's sophomore effort, Next to Pay, arrives on April 30th 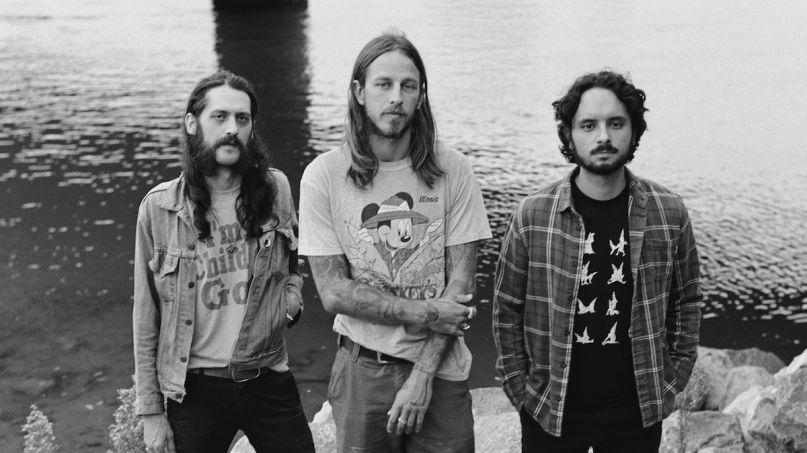 Warish, the heavy-punk trio fronted by Tony Hawk’s son Riley Hawk, have announced their sophomore album, Next to Pay. In advance of the LP’s April 30th release date, the San Diego-based band has unveiled the first single, “Say to Please”.

Like his famous father, Riley is a skateboarding pro, but it’s very clear that music is also his passion. With Warish, Riley delivers some hard-hitting noise-filled punk that’s reminiscent of The Stooges and Bleach-era Nirvana. “Say to Please” is fast and loud, with Riley screaming lines over a fuzzed-out guitar riff.

The new album announcement comes with a new band lineup. In addition to singer-guitarist Hawk, the trio now features new drummer Justin de la Vega and bassist Alex Bassaj (who joined after the band’s first album was released). Original drummer Nick “Broose” McDonnell performs on roughly half the tracks on Next to Pay.

Regarding the themes on the album, Hawk stated, “Next to Pay is about a sense of imminent doom, everyone is going to die. It’s not the happiest record, I guess.” As for the music, he explained, “This album is more of an evolution, it’s a little more punk-heavy. We figured out what our sound was.”

Next to Pay is available for pre-order in various physical formats via RidingEasy Records or digitally via Amazon. Watch the video for first single “Say to Please” below.

Previous Story
The Trials and Tribulations of Being a Weezer Fan
Next Story
Win a Hummingbird Guitar, a Janis Joplin Sweatshirt, and Pearl on Vinyl
Popular
More Stories
[fu-upload-form form_layout="media" title="Submit Your Photo"][input type="hidden" name="ugc" value="1"][/fu-upload-form]