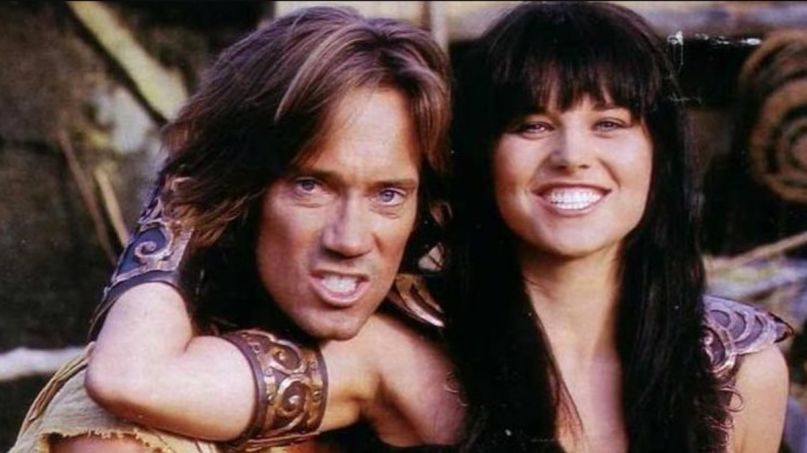 It’s been decades since Hercules: The Legendary Journeys and Xena: Warrior Princess last had a crossover, but the lead stars of both ’90s shows changed that on social media last night. When Kevin Sorbo, who played the muscular Greek hero, claimed left-wing agitators caused the Capitol insurrection on January 6th, Lucy Lawless herself came to the rescue to obliterate him and stop the spread of misinformation.

The digital battle started when Rogan O’Handley, an attorney and Donald Trump supporter, shared a picture of known QAnon and far-right extremists inside the Captiol hallway and suggested they were actually violent Democrats. “Do these look like Trump supporters? Or Leftist agitators disguised as Trump supporters…” he tweeted.

Sorbo, who is a Trump supporter himself, amplified that conspiracy theory by sharing O’Handley’s tweet and adding his own thoughts. “They don’t look like patriots to me…,” he tweeted. According to timestamps, he shared this factually incorrect observation while the siege was still underway, because there’s no better time to attempt to rewrite history than while said history is already happening and being documented.

Countless Twitter users stepped in to prove Sorbo wrong, providing interviews, photographs, and other evidence that clearly identifies the trespassers in the photo as real-life Trump supporters. But that didn’t stop Lawless from strapping on her warrior princess suit and scolding Sorbo for abusing his platform as a high-profile actor and spreading misinformation at a crucial, dangerous time.

“No, Peanut. They are not Patriots. They are your flying monkeys,homegrown terrorists, QAnon actors,” tweeted Lawless. “They are the douchebags that go out and do the evil bidding of people like you who like to wind them up like toys and let them do their worst.” For good measure, she added the hashtags “#keepingYourFilthyHandsclean” and “#enabler” in case he didn’t get the message.

The pro-Trump mob who infiltrated the Capitol didn’t consist of Antifa, democratic socialists, or the lead singer of Jamiroquai. Instead, it was comprised of inflammatory assholes like Jake Angeli, a QAnon conspiracy theorist who has previously said he’s just desperate for attention. As such, Twitter has since designated the tweet Sorbo shared as “manipulated media” because of O’Handley’s false claim. Of course, Xena already knew this because she’s cool enough to have brains, beauty, and benevolence — something Hercules could learn more about.

No, Peanut. They are not Patriots. They are your flying monkeys,homegrown terrorists, QAnon actors. They are the douchebags that go out and do the evil bidding of people like you who like to wind them up like toys and let them do their worst. #keepingYourFilthyHandsclean #enabler