From the glam-rock musician's upcoming album In Standard Definition 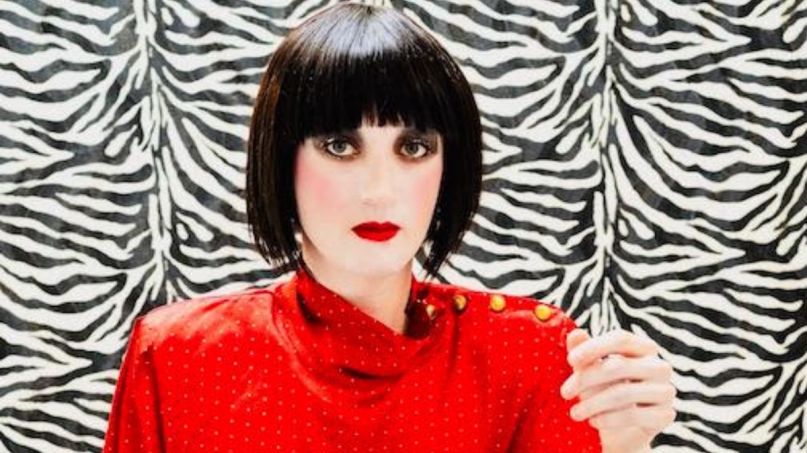 Neo-glam rocker Art d’Ecco is gearing up to drop his sophomore album, In Standard Definition, on April 23rd via Paper Bag. Today, he’s shared a new single called “Head Rush” and a glitzy music video to give fans a taste of what to expect, both of which can be streamed below.

In a press release, Art d’Ecco said the song is about the collective head rush of our youth, a memory he hopes listeners will experience secondhand. “Nostalgia is a powerful drug; it distorts and reframes the past, often reconciling our memories into one place for easy access and to better suit our current disposition or state of mind,” he explained. “I wanted all the hallmarks of a classic rock song — the kind of music that used to blast from the kitchen radio at the summer jobs I’d worked at as a teen. Guitar solo? Check. Drum solo? Check. Big horns and sparkly synths? Check.”

Sure enough, “Head Rush” is a perfect example of what to expect from In Standard Definition. Like the previously released single “TV God”, this new track is full of punchy glam-rock and melodramatic vocals that recall David Bowie in his snappiest moments. Of course, Art d’Ecco puts his own spin on it by examining the ways in which celebrity power and the entertainment industry keep listeners under their thumb — a prominent theme on the 12-track record at large.

Last month, Art d’Ecco sat down for an interview with Consequence of Sound to discuss how everything from Iggy Pop to Brian Eno’s Oblique Strategies inspired his new album. Revisit that conversation here, and check out the full tracklist and artwork for In Standard Definition after the jump.