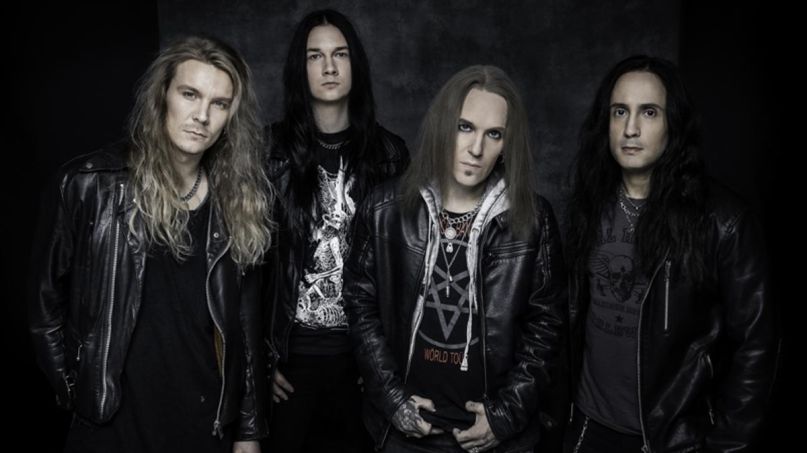 Bodom After Midnight will release their debut EP, Paint the Sky with Blood, on April 23rd as a tribute to the band’s late singer-guitarist Alexi Laiho.

The group Bodom After Midnight was launched as the successor to Laiho’s pioneering melodic death metal band, Children of Bodom, which broke up in December 2019. Sadly, Laiho recently passed away from unspecified “long-term health issues” at the young age of 41, never seeing the release of the upcoming EP.

The three songs on Paint the Sky with Blood would appear to be Laiho’s final studio recordings. They were tracked in Finland in 2020, and as the press release states, were supposed to be “the beginning of an exciting new chapter.”

“Like ourselves, Alexi was beyond stoked about these songs and anxious to get these out so we are happy that we can fulfill his wish,” the remaining Bodom After Midnight members commented in a press statement. “Needless to say that we are honored and proud to be a part of his very last creative work and unleash it the way he wanted it to. It’s time to let the beast out of the cage one more time as a celebration of Alexi’s music, legacy, and the man himself.”

No single has been released from the EP, so stay tuned to Heavy Consequence for further updates. You can pre-order the EP via Napalm Records and check out the artwork and tracklist below.