"I will be in a sling for six weeks” 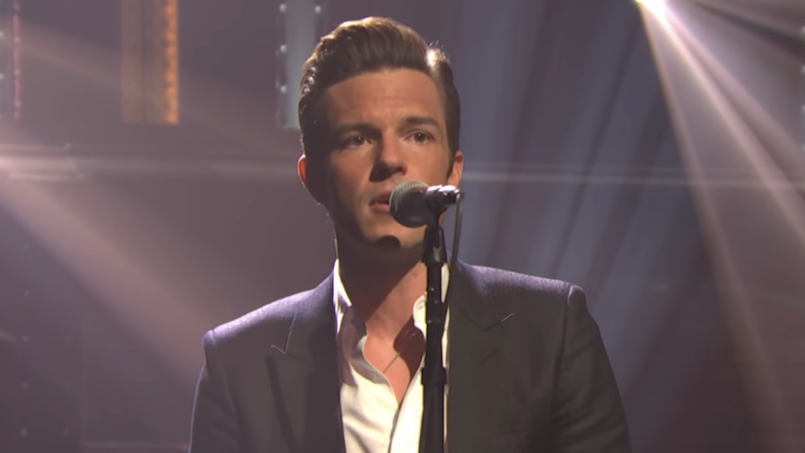 The Killers on Late Night with Seth Meyers (NBC)

After getting into a bike accident, The Killers frontman Brandon Flowers is set to undergo shoulder surgery.

Flowers revealed the news in an Instagram live Q&A with drummer Ronnie Vannucci, Jr. on February 12th. “I went over the handlebars on my bike,” he said, “and an injury from that has manifested itself. I have a torn labrum on that [right] shoulder so I am going under the knife in a couple of weeks to get that taken care off.”

This is just the latest procedure for Flowers, who noted he has, “bad shoulders,” and had previously undergone decompression surgery on both shoulder joints. After this upcoming operation, he said, “I will be in a sling for six weeks.”

The accident puts a damper on The Killers plans for a short tour of the UK in May and June. “We hope May happens,” Flowers said. “It’s not looking great.” Of course, the ongoing pandemic may alter the band’s touring plans just the same.

But that doesn’t mean he plans to be idle. He confirmed that the band is working on a new album, and dropped hints about a track that Vannucci referred to as a “novel.” According to Flowers, ”It’s a seven-minute song about a slot technician with a gambling problem. It’s good.”

Elsewhere, he spoke about plans to release the band’s signature hot sauce in bigger bottles, joked that his wife had married a Roy Orbison impersonator, and named some of his favorite songwriters as, “Jason Isbell, Taylor Goldsmith, Adrienne Lenker, Phoebe Bridgers. There’s a guy I love, Joe Pug, [he] writes good songs.” Check out the replay below.