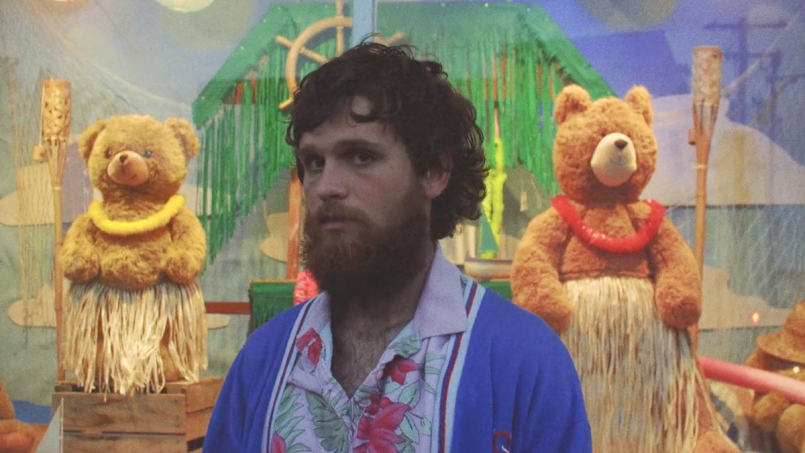 Briston Maroney in "It's Still Cool If You Don't" video

Briston Maroney proved he’s a name to follow with a string of fascinating EPs, most recently 2020’s Miracle. Now, the 23-year-old Tennesseean has announced his debut album Sunflower, out April 9th, and shared a preview with the new single “It’s Still Cool If You Don’t”.

From 2019 to 2020, Maroney recorded the album in Los Angeles with Grammy-winning producer John Congleton. “He communicates really directly and really taught me a lot about speaking precisely and speaking about what you want to accomplish with a song and a record,” Maroney said in a statement. “Whereas I have a tendency to be really abstract. I learned to be able to switch into that mode. He had my back the whole time.”

With additional help from Manchester Orchestra’s Andy Hull and Adele’s “Someone Like You” co-writer Dan Wilson, Maroney crafted a ten-song record that doubles as a personal statement. “It’s been my journal for a really long time,” Maroney said of music. “There’s a beauty in songwriting. It’s a scrapbook. It’s a photo album. And if you’re really putting your heart into what you’re doing and writing songs for the right reasons, every one of them should take you back to a very specific place.”

Judging from the lyrics of “It’s Still Cool If You Don’t”, the song came out of growing amorous feelings alongside uncertainty whether they were reciprocated. Maroney builds a charming hook out of stuttering and backtracking. “So if you want to/ Maybe we ought to/ I’ll talk if you do/ But we don’t have to/ I’ll go if you go/ I won’t if you won’t/ I’ve got a feeling/ But it’s still cool if you don’t.”

The track comes with a music video directed by Joey Brodnax. Across a string of pastoral locations, it shows off Maroney’s sense of humor, and, if you stick around until the end, a surprisingly decent Australian accent. Check out “It’s Still Cool If You Don’t” below.

Sunflower opens up April 9th. Previously, he shared the singles “Freeway” and “Deep Sea Diver”. In December, Maroney covered Samia’s “Is There Something in the Movies?”