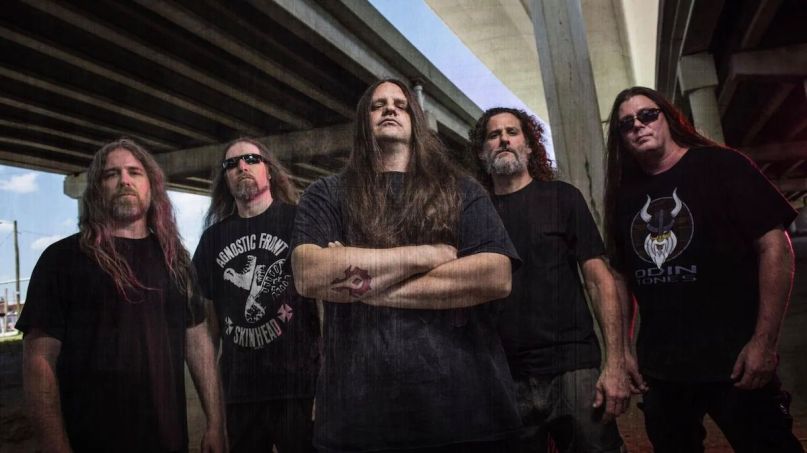 Needless to say, Cannibal Corpse haven’t let up over their 30-plus year career, and “Inhuman Harvest” is as brutal as ever. George “Corpsegrinder” Fisher spews forth his vocals offer a bed of necrotic downtuned death metal. It’s classic Cannibal Corpse, and we wouldn’t want it any other way.

That said, it’s uncertain whether troubled guitarist Pat O’Brien is on the recording. All signs indicate that O’Brien — who was involved a bizarre incident involving over 80 firearms and human skulls in 2018 — was not in the studio when Corpsegrinder teased the new album on social media.

The single will officially be released to digital service providers on Tuesday, but the band has unveiled the album artwork and tracklist. If nothing else, the song titles will surely get Cannibal Corpse fans primed for the slaughter: “Necrogenic Resurrection”, “Slowly Sawn”, and “Cerements of the Flayed” being among the highlights.

The band premiered the new song on SiriusXM’s “Liquid Metal” while sharing the album news in a Facebook post. An April 16th release date was listed on Apple Music, but further information is expected along with the official digital release of the single. Update: Listen to the single here.