What the Cecil Hotel Reveals About Toxic True Crime Fandom 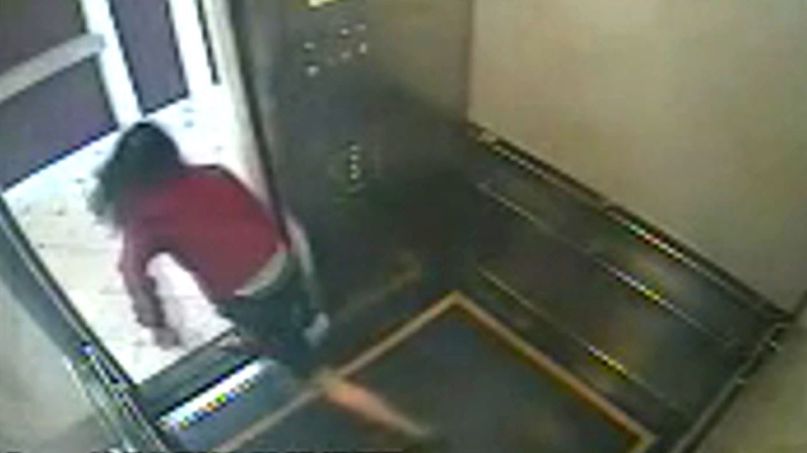 In 2013, the body of 21 year old Elisa Lam was discovered in the rooftop water tank of Los Angeles’ infamous Cecil Hotel. What was eventually ruled an accidental drowning took on a life of its own due to law enforcement’s decision to release surveillance footage of Lam’s final moments. Netflix’s new docuseries Crime Scene: The Vanishing at the Cecil Hotel pieces together this mysterious tragedy by examining Lam’s life and the complicated history of the hotel itself. Yet it also exposes the harmful nature of Internet sleuthing by questioning the ethics of true crime fandom and highlighting the line between compassion and exploitation.

I’m what you might call a former true crime addict. I read Helter Skelter and In Cold Blood in high school. I binged Snapped before binging was a thing, and devoured every episode of ID Discovery’s Deadly Women. Once I discovered podcasts, I realized there was a neverending supply of shows telling true crime stories from all over the world and I ate up every one.

I’m not alone in my morbid fascination. Millions of people every day download podcasts, watch documentaries, and even attend live shows dedicated to the topic. But the genre is in the midst of reevaluation, given the recent Black Lives Matter movement and calls to defund the police. True crime has a tricky relationship with law enforcement, swinging wildly between worshiping homicide detectives to mocking investigators for missing what hindsight reveals to be “obvious” clues.

All from the comfort of our own couches.

This curiosity, combined with publicly accessible documents and the ease of creating digital content (i.e. podcasts, blogs, and YouTube videos) has led to the trend of Internet sleuthing: interested civilians investigating unsolved crimes or strange occurrences. While these sleuths are occasionally helpful — the book and HBO docu series I’ll Be Gone in the Dark chronicles how the work of true crime blogger Michelle McNamara led to the arrest of the Golden State Killer — the story of Elisa Lam shows that web sleuthing often causes more pain and confusion in the wake of tragedy. For every Michelle McNamara working diligently to help make her community safe, there are hundreds of hobbyist “investigators” diving down Internet rabbit holes looking for answers to crimes they have nothing to do with and using their findings to create more content.

Most true crime content creators will say they’re giving a voice to the voiceless. Or shining a light on forgotten victims. But the voyeuristic quality of sharing stories that are not our own — not to mention, the sheer amount of money to be made on clicks, downloads, and tickets — leaves the ethics of the genre murky. Like it or not, we’re consuming the pain of others as entertainment. These stories are appealing because they make a scary world feel a little less dangerous, but it’s easy to center ourselves in the story turning real human beings into cautionary tales, or worse, re-traumatizing survivors or families of victims.

On a recent episode of the true crime podcast My Favorite Murder, a woman wrote a letter to the hosts about the experience of hearing her own assault on a previous episode. She had not given consent for her story to be told. This listener who originally shared it was only tangentially connected to the victim, but had adopted the story as her own, as a way of sharing in the community of survivors. The problem was she was not the one who had survived. And by telling the story of another, she was spreading salacious details of the worst moments of someone else’s life.

There is a bonding experience in sharing these stories. I’ve been to the live shows where cheers erupt through the crowd as infamous details of notorious stories are recounted for an audience. And I’ve been told to “get the fuck out” if I can’t accept that this is their way of processing trauma. But the trauma isn’t theirs. And while the girl power is intoxicating, it’s easy to forget that it’s built on the backs of real people whose lives are over.

Cecil Hotel does not shy away from showing this harsh reality and documents the deluge of websleuths and Internet investigators convinced that they could help find Lam. While these people most likely started with the best of intentions, it’s easy for morbid curiosity to take over. What looks like an honest desire to help covers the underlying need to conquer our fear of the unknown that her tragic death represents.

While we will never know for sure, Lam most likely climbed into the tank during a psychotic episode and drowned when she was unable to climb back out. But if her life could end so simply, ours could too. There has to be another answer giving us a concrete way to protect ourselves from suffering the same fate. And when that answer doesn’t exist, we create one. While some may honestly tell themselves they want to help, they are taking the identity of vigilante and using it to brand themselves as a compassionate ally.

The cynical reality is that there is a currency to caring. We create phrases to show that we see victims as more than just their crime scene photos, then we slap those phrases on a T-shirt and wear it as a signal of our virtue. We cultivate our own murder adjacent stories as a way of gaining status in the true crime community. We create videos dissecting autopsy reports and ask viewers for likes. We are not holding space for victims and survivors, we are filling the space with our own empowerment.

Walking the Path of Tragedy

An extreme form of this exploitation is the phenomenon of Murder Tourism in which true crime enthusiasts travel to the locations of crimes to either investigate or experience the story for themselves. Websleuths flocked to the Cecil Hotel desperate to see themselves in the spaces that Lam once occupied. They want to safely make themselves part of the story and experience the thrill of walking in tragic footsteps. But they do it from a position of safety and hindsight bias. They may go to the rooftop Lam died on, but they will never experience the fear of her final moments or the feeling of sinking into darkness. No, they will get a taste of that fear. And then they can get a selfie. Proof that they are alive in a place where Lam is not.