Consequence’s Under the Tracks on Vans’ Channel 66 Launches with DJ Sets from Mykele Deville, KAINA 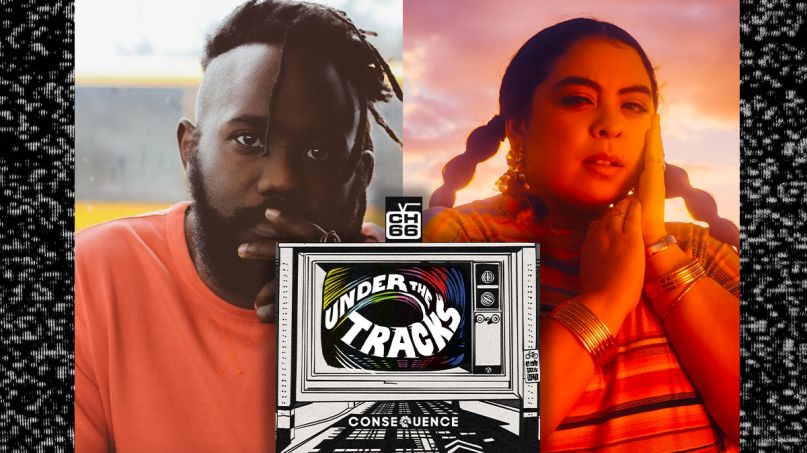 Vans launched their new livestream network Channel 66 earlier this month. On February 22nd, Consequence will take over the airwaves with the first edition of our very own bi-weekly program, Under the Tracks.

Hosted by local legend NNAMDÏ, Under the Tracks will broadcast live from House of Vans Chicago. Each week, NNAMDÏ will take listeners on a journey through the vast landscape of The Second City’s independent music scene with stops along the way tied to a central theme. Each episode will feature a trio of 45-minute DJ sets, interviews, and “Sooper-sized surprises” as the Mayor of Chicago Music guides along the sonic rails that bind the city together.

To kick things off, NNAMDÏ welcomes DIY rapper Mykele Deville and singer-songwriter KAINA. In a tough year, amazing music still got made and Chicago’s independent community banded together in more ways than two hours could ever describe. So, these three artists will celebrate by playing our favorite tracks released by Chicago indie artists in 2020 and exploring the stories surrounding them.

Deville released his latest LP, Maintain, in 2019, and last year re-teamed with McKenzie Chinn and Jeffrey Michael Austin for a new Growing Concerns Poetry Collective album, BIG DARK BRIGHT FUTURES. KAINA, meanwhile, dropped her Next to the Sun album in 2019, breaking it down for us Track by Track.

Under the Tracks broadcasts on Channel 66 on Monday, February 22nd from 6:00 p.m. to 8:00 p.m. CT. Tune in here, and stay turned for future installments of Under the Tracks with NNAMDÏ and Consequence.