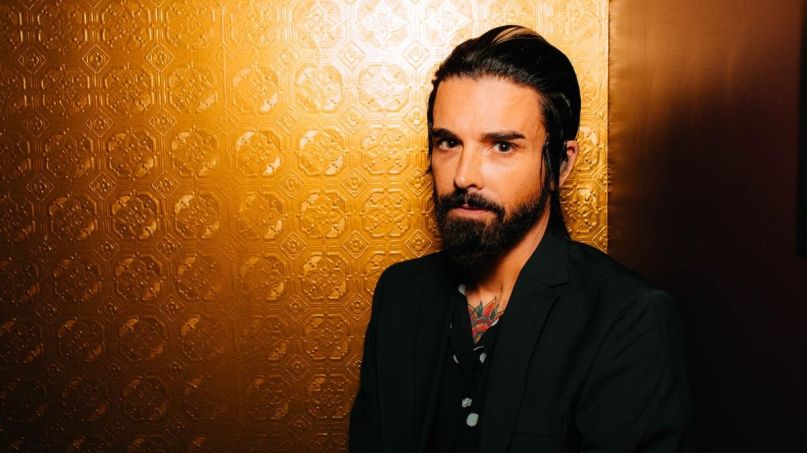 Dashboard Confessional have announced a special Valentine’s Day concert livestream. The show, titled Lonely Hearts & Lovers, will feature a never-before-seen version of the band’s live lineup as they perform a 19-song setlist that spans their catalog.

The Lonely Hearts & Lovers concert was filmed in 4K at the Riverside Revival Church in Nashville, Tennessee. This isn’t Dashboard Confessional’s first virtual gig, but it is a pivotal moment in the band’s career; it marks frontman Chris Carrabba’s first performance since getting into a nasty motorcycle accident last June. They’re rightfully stoked to be able to play music together again, as is evident in the teaser trailer below.

“Nearly a year ago, our 20 year celebration came to a halt when everyone’s lives were changed by Covid,” said Carrabba in a statement. “Then, I was in an accident that left me worried that I would never be able to play music again. I received so much kindness from people I know and people I don’t know. The kindness that I received from friends, family, and total strangers was incredible. Over the last 20 years, you have given me so much, and I am just so grateful. I can’t explain what it felt like to get back in the room with my bandmates and play music again. This year has been hard for everyone and we all are missing each other more than ever. I know we can’t be together until it is safe for everyone to do so, but I miss hearing your voices, and seeing your faces. I’d be so pleased to see you.”

Lonely Hearts & Lovers will stream live on February 14th at 7:00 p.m. EST. Tickets cost $15 and are currently on sale over at the band’s website.

Last year, Dashboard Confessional announced a special vinyl reissue series dubbed The Early Days, which kicked off with the first-ever pressing of their 2001 album The Places You Have Come to Fear the Most. Fans looking for something a little more modern also received a treat in the form of an unexpected cover of “Circles” by Post Malone.