"I hope that someday we do it again" 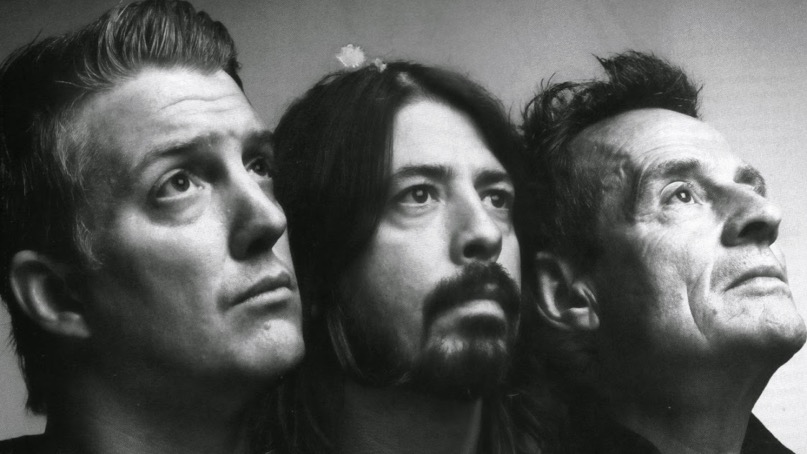 Dave Grohl is just days removed from the release of Foo Fighters’ latest album, Medicine at Midnight. Of course, you don’t become one of the most prolific rockers working today by resting on your laurels, if even for a day, so it’s no surprise to hear Grohl is already plotting his next move. Among the options on the table: a return of Them Crooked Vultures.

Grohl spoke about his desire to reunite with Queens of the Stone Age frontman Josh Homme and Led Zeppelin’s John Paul Jones during a recent episode of Foo Fighters’ Medicine at Midnight Radio on Apple Music. “It was incredibly inspiring. It was a really incredible time,” Grohl recalled of his time in Them Crooked Vultures. “I hope that someday we do it again.”

Them Crooked Vultures released their first and only album to date in November 2009. They toured extensively behind the release, but the trio hasn’t shared the stage together since November 2010.

Grohl previously opened the door for Them Crooked Vulture’s return in an interview with the Guardian from 2019. “Technically we’re still a band,” Grohl said at the time. “We practice once every decade, and we’re coming up on another decade, aren’t we? I don’t have any official news but there’s always something cooking.”

For now, though, Grohl remains busy promoting Foo Fighters’ Medicine at Midnight. Following appearances on The Tonight Show and the Howard Stern Show earlier this month, the band made headlines this past week with an impressive cover of Bee Gees’ “You Should Be Dancing”.

Editor’s Note: Join us in the fight to protect live music by picking up one of our new original shirts. A portion of all proceeds go towards independent music venues in their recovery efforts.