The streaming platform warns viewers of "negative depictions and/or mistreatment of people or cultures." 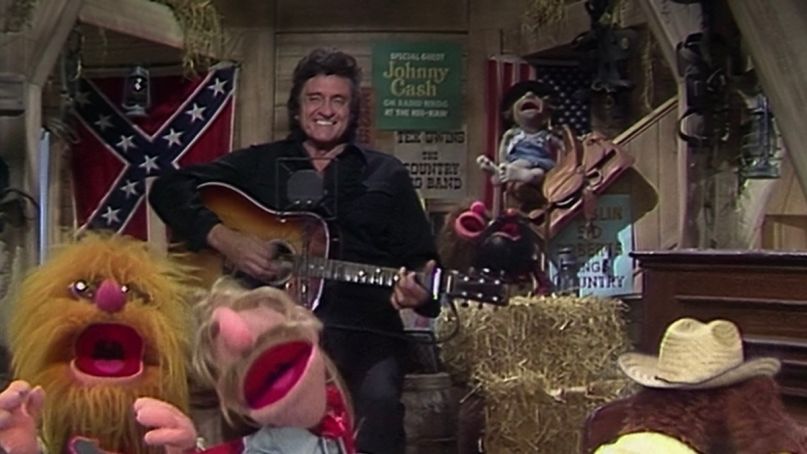 Johnny Cash on The Muppet Show

Disney+ has been proactive about adding content disclaimers to legacy titles like Dumbo, Peter Pan, The Aristocats, and The Jungle Book, warning viewers of “outdated cultural depictions” and “mistreatment of people or cultures”. The Muppet Show, the latest title to join the Disney+ library, has also received such a disclaimer.

Jim Henson’s beloved variety series — which originally ran for five seasons between 1976 and 1981 — is streaming on Disney+ as of last Friday. As Variety points out, 18 of its episodes are prefaced with a disclaimer cautioning viewers of potentially offensive content.

“Rather than remove this content, we want to acknowledge its harmful impact, learn from it and spark conversation to create a more inclusive future together,” the disclaimer reads.

Such harmful content includes a scene in which Johnny Cash can be seen playing in front of a Confederate flag. There are also problematic depictions of Native American, Middle Eastern, and Asian people — as documented in a reddit thread.

Beyond the inclusion of these disclaimers, some episodes have been edited to omit certain scenes and songs. A representative for Disney+ told EW that most of these edits are due to music licensing issues.

Even with these disclaimers, edits, and omissions, the fact that The Muppet Show it even streaming in the first place is something worth celebrating. The series has been largely unavailable in the streaming age —especially Seasons 4 and 5, which were never previously made available for home video release.