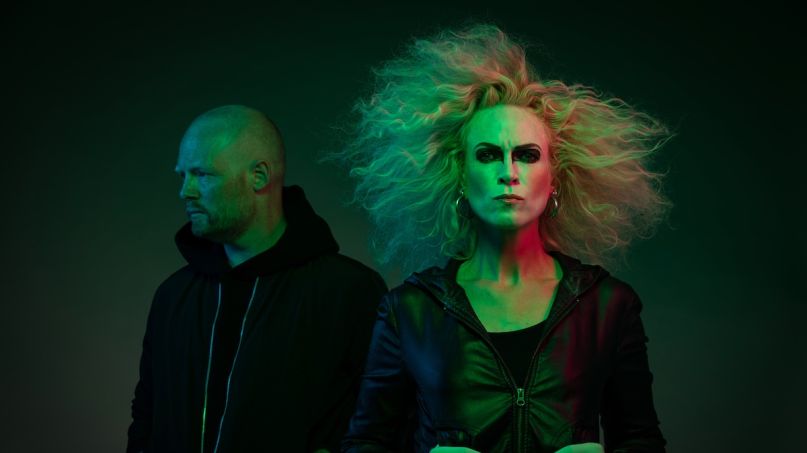 While the song is about ending relationships, for many, the central theme and title ring especially poignant in these trying times. Many of us, and especially those in the community-oriented music world, are unable to see or hang out with friends and family. Djerv address this almost universal pain in the expressive video and lyrics for the song, which expands on the group’s idiosyncratic style of blackened alternative metal.

“This song is about going different ways, and accepting that despite wanting to be together, that is not always the best choice,” the band commented. “Although the theme of the song may be sombre, we wanted a light-hearted approach to the video. So hang in there — even if it’s not together.”

“(We Don’t) Hang No More” is the second comeback single for Djerv, following the release of “Throne”. The band’s self-titled debut LP came out in 2011 to critical acclaim, but band personnel and health issues, in the case of singer Agnete Kjølsrud, put Djerv on hiatus.

The aforementioned first comeback single, “Throne”, detailed those very health struggles, with Agnete opening up about the deep depression that resulted in admittance to the psychiatric ward.

“I totally lost my footing in life, and for years I was unable to function normally,” she said in a previous press release. “It is still a fight, and I am not fully recovered – but I know now that I will get there.”

In addition to fronting Djerv, Agnete also famously sang on the League of Legends track “Get Jinxed” and provided clean vocals on the Dimmu Borgir track “Gateways”.

Hopefully, the new songs are a sign that Djerv’s long-awaited second album is on the way. You can watch the music video for “(We Don’t) Hang No More” below, and pick up a 7-inch vinyl edition of both comeback tracks here.