Documentary on Four Seasons Total Landscaping in the Works 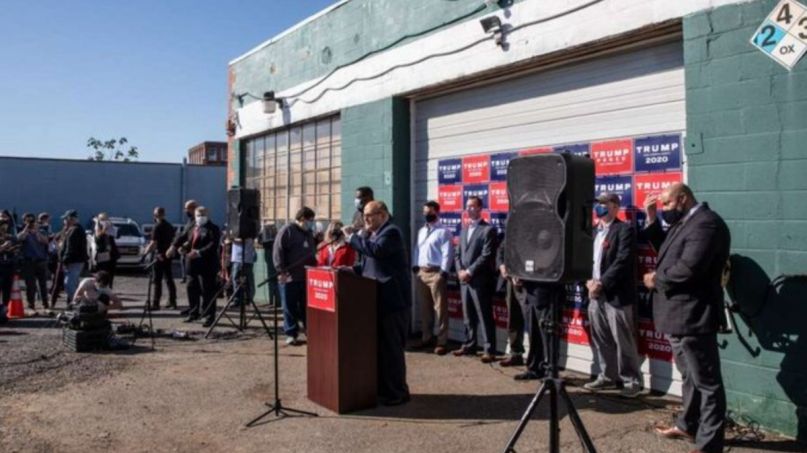 Four Seasons Total Landscaping is still cashing in on its increased exposure thanks to the bumbling, blundering 2020 Trump campaign. Since the humble Philadelphia business became the accidental site of a Rudy Giuliani press conference back in November, the company has raked it in with exclusive merch and that cheeky “Opportunity Knocks” Super Bowl ad for Fiverr. Now, the debacle that started this whole thing will become the focus of a new documentary from a pair of Oscar-winning producers.

Entitled Four Seasons Total Documentary, the in-production film is being directed by Christopher Stoudt (Patron Saint of Jazz Fest). Glen Zipper and Sean Stuart, who won Academy Awards in 2012 for their high school football doc Undefeated, are serving as producers (via The Hollywood Reporter).

Four Seasons Total Landscaping was thrust into the cultural consciousness after Trump’s legal team held a press conference there about their still ludicrous and potentially illegal claims of election fraud. The general assumption became that Trump’s people meant to book Philly’s Four Seasons Hotel, but their ever-present ineptitude led to them locking in an unassuming landscaping company instead.

A press release announcing the documentary says the film “will give a firsthand account of the rollercoaster journey that one well-meaning small business in Philadelphia went through when they agreed to host a political press conference in the midst of the most hard-fought American election in recent history.”

Production is expected to wrap up later this month. As of yet, no distributor has signed on, though given the lasting interest in this wild moment of too-real-to-be-parody political theater, someone will surely pick it up soon.