The decision was "more than a symbolic step" 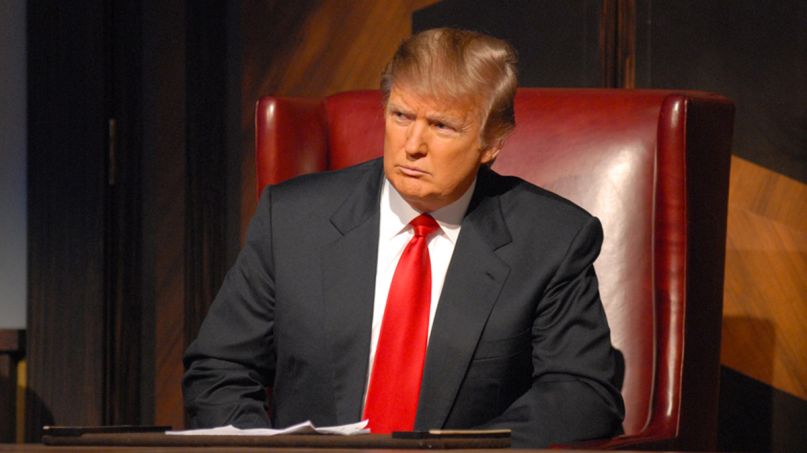 Donald Trump on The Apprentice (NBC)

If Donald Trump ever does intend to reenter entertainment, he’ll do so without the backing of the Screen Actors Guild — American Federation of Television and Radio Artists, as the union has permanently banned him from their ranks.

Like the unemployed toddler he is, Trump threw a tantrum when he learned the SAG-AFTRA Disciplinary Committee was to hold a disciplinary hearing over the former Apprentice host’s role in the January 6th insurrection. He issued the most childish resignation letter ever, touting his work on Home Alone 2 and The Fresh Prince of Bel-Air as if he deserved Golden Globes. He even claimed the media’s coverage of him helped save the cable news industry and “created thousands of jobs at networks.

Initially, SAG responded to the note with a blunt and simple, “Thank you.” However, they’ve now gone a step further, voting on Sunday to pass a resolution banning Trump from ever reapplying to the union.

“Preventing Donald Trump from ever rejoining SAG-AFTRA is more than a symbolic step,” SAG-AFTRA President Gabrielle Carteris said in a statement (via The Hollywood Reporter). “It is a resounding statement that threatening or inciting harm against fellow members will not be tolerated. An attack against one is an attack against all.”

The resolution formally banning Trump cites the same concerns that sparked the Disciplinary Committee’s initial calls for a hearing. It’s all tied to his role in inciting the Capitol siege last month, as well as “his antagonism of the union’s journalist members and disregard for the values and integrity of the union.”