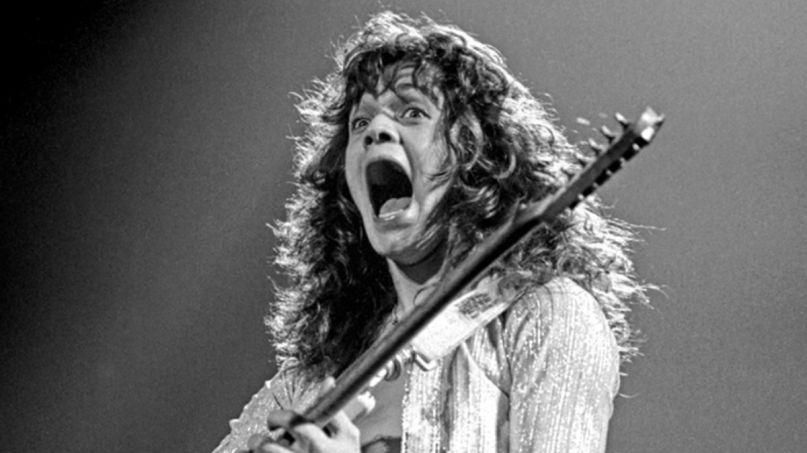 The 356-page book, titled Edward Van Halen, will retrace the career of the late guitar legend through the lens of one of rock’s most storied photogs. Halfin’s photo credit can be spotted next to some of the most iconic images in the genre’s history, having also worked with Black Sabbath, Metallica, and more over the years.

Like with many of the great band’s of their era, Van Halen were often the subject of Halfin’s visual documentation. His shots of the group are the definitive images of their career, and the pictures of Eddie perfectly captured the virtuoso’s kinetic guitar skills on film.

According to the publisher, the book includes classic and unseen photos chosen by Halfin from his personal archives. Black Sabbath founding guitarist Tony Iommi provides a written forward, with journalist Mark Blake chronicling Eddie’s career in an accompanying essay.

A couple of video previews of the book, as well as the cover and select images can be seen below. For more on Eddie Van Halen’s legacy, see our recent ranking of the entire Van Halen catalog from worst to best.

All images by Ross Halfin