In one recent test, Musk's Neuralink put a wireless implant in a monkey’s brain that allowed the animal to play video games using only its mind 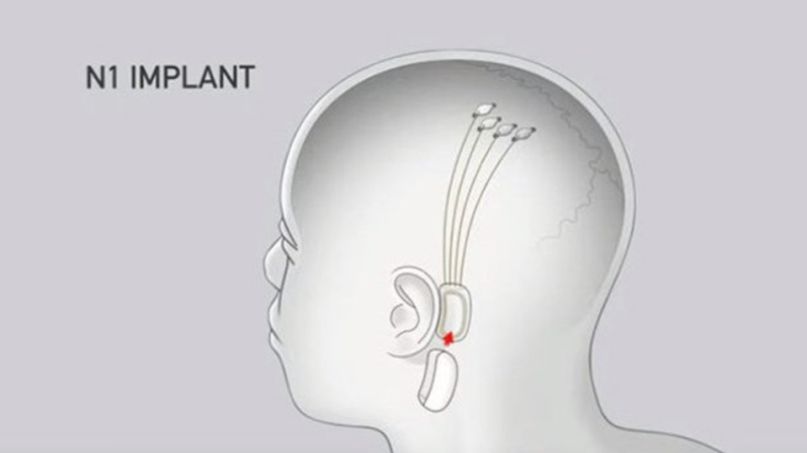 So far this week, Elon Musk‘s Tesla had to recall 135,000 vehicles because the National Highway Traffic Safety Administration concluded they “will inevitably fail,” while his SpaceX Mars rocket prototype crash landed in a fiery explosion. In further ‘what could possibly go wrong?’ news, Musk announced that his company Neuralink is hoping to implant brain chips into human test subjects “later this year.”

Like his other ventures, Neuralink has the potential to both advance the state of science and revolutionize society as we know it. The San Francisco startup was founded in 2016 with the goal of connecting “gossamer-thin wires” to our neural networks. It could help people recover from traumatic brain and spinal cord injuries, cure depression and other mental health disorders, and even provide advance warning of strokes or heart attacks. Besides that, it might allow users to stream music or wordlessly (telepathically?) communicate with others.

Neuralink has made some progress, testing the product on rats and primates, and holding a demonstration on a pig last summer. In one recent test, Neuralink put a wireless implant in a monkey’s brain that allowed the animal to play video games using only its mind.

This is objectively good news, especially for those in need of the company’s services. On Sunday, one such person tweeted at Musk, writing, “I was in a car accident 20 years ago and have been paralyzed from the shoulders ever since. I’m always available for clinical studies at @Neuralink. Please get in touch!”

Musk hears from plenty of internet volunteers, but this time the richest man in the world decided to respond. On Monday, he wrote, “Neuralink is working super hard to ensure implant safety & is in close communication with the FDA. If things go well, we might be able to do initial human trials later this year.”

Of course, as the Tesla recall and SpaceX fireball demonstrate, Musk’s enthusiasm occasionally outpaces his product safety. Besides, he’s predicted the chips were ready for homo sapiens before; as The Hill reports, he previously estimated that human trials would begin in 2020. And there’s still no word on what may be the greatest obstacle of all, which is malevolent hackers. The brain chips are just computers after all, and nearly every computer could be vulnerable to outside forces. For Neurolink to revolutionize health care, Musk might first have to reinvent cyber security.

His partner Grimes is still a believer in his plans, although she sounds less excited than grimly resigned. In a recent interview, she said she’d be willing to travel to Mars “after age 50,” although she expected to perform “manual labour until death.” Both she and Musk recently recovered from bouts of COVID-19. Shortly before her diagnosis, she was photographed with Dave Chappelle, who soon afterwards contracted the novel coronavirus. Many people connected the dots and assumed that Grimes infected Chappelle, but Joe Rogan says that didn’t happen, though without much in the way of proof.

Neuralink is working super hard to ensure implant safety & is in close communication with the FDA. If things go well, we might be able to do initial human trials later this year.