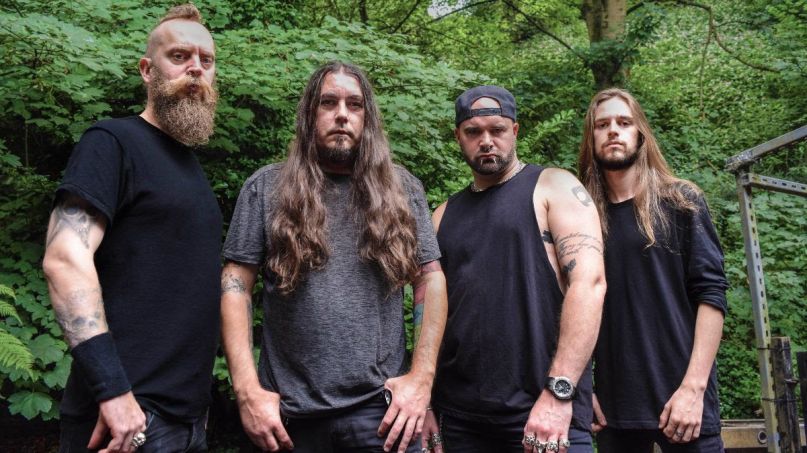 British thrash metallers Evile have announced their first album in eight years, Hell Unleashed, which arrives April 30th. To tide fans over, the band has unleashed a video for the title track.

It’s been a long wait since 2013’s Skull, but Evile have lost none of their intensity. “Hell Unleashed” sees elements of death metal creep into the band’s assault — sure to get even the most rigid listener headbanging.

Those who’ve anticipated new music from the band will surely be satisfied. In fact, singer-guitarist Ol Drake was so content with his band’s latest creation, he’s declaring it the best thrash metal album of the 21st century. A bold claim, indeed.

“After a long eight years, Evile is finally coming back…,” Drake said in a press release. “I have no qualms in saying that this is the best thrash metal album in at least the last 20 years.”

The album features Ol Drake on vocals, taking over for prior singer Matt Drake, who left the group for health and personal reasons, according to Ol.

“Those who haven’t been keeping up with Evile may notice a change in vocals and vocalist,” Ol Drake said “We decided it would be best to keep the new vocalist a familiar face within the band, so I stepped into the vocalist shoes, while remaining on lead guitar and I’m very happy and excited to do it — one of my heroes is [Death’s] Chuck Schuldiner, so it made sense to me; Evile needs to sound evil and vile, and we’ve achieved that more this time with a much more aggressive approach on Hell Unleashed.”

The album was produced by Chris Clancy at Backstage Studios in the UK. It also features a surprise backing vocal cameo from heavy metal comedian Brian Posehn on the track “Gore”. Driving home LP’s death metal overtones is artwork by the renowned Michael Whelan, whose credits include classic record sleeves by Sepultura and Obituary.

Pre-order Hell Unleashed via Napalm Records. Check out the title track’s strobe-heavy video below, followed by the album artwork and tracklist.