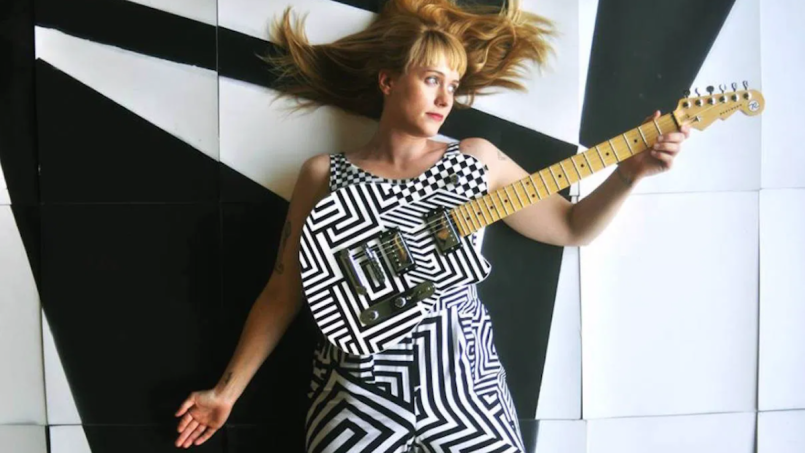 Flock of Dimes, the solo project from Jenn Wasner of Wye Oak, has announced the new album Head of Roses. It’s out April 2nd via Sub Pop, and Wasner is offering a preview with the lead single, “Two”.

After first debuting the Flock of Dimes moniker in 2016, Wasner leaned away from it until last summer, when she surprise-released the Like So Much Desire EP. Now, she’s back again. Via Stereogum, she recorded Head of Roses in Chapel Hill, North Carolina, with Sylvan Esso’s Nick Sanborn. It features guest work from her Wye Oak partner Andy Stack as well as Meg Duffy, Landlady’s Adam Schatz, and Bon Iver’s Matt McCaughan.

As Wasner explained in a statement, Head of Roses is about breaking hearts and getting yours broken, as well as the hard emotional work of forgiveness. She wrote,

“Part of the journey for me has been learning to take responsibility for the parts of things that are mine, even when I’m in a lot of pain through some behavior or action of someone else. If I’m expecting to be forgiven for the things I’ve done and the choices I’ve made and the mistakes that I’ve made, it would be incredibly cowardly and hypocritical to not also do the work that’s required to forgive others the pain they caused me.”

These themes play out in “Two”, a song which Wasner said is about “trying to find a kind of balance between independence and interdependence.” The song is built around synth couplets; two ascending notes ask a question and pause, waiting for two descending notes to answer. “Can I be one, can we be two?” she sings. “Can I be for myself, still be still be still with you?”

The song is accompanied by a music video directed by Lola B. Pierson and Cricket Arrison. It shows Wasner and her partner in a stilted domestic routine. They robotically make breakfast, do yoga, or play guitar, not quite together but never alone. By the end, they break out into an exuberant dance that suggests a fresh reserve of intimacy. Check out “Two” below.