Foo Fighters Cover Bee Gees’ “You Should Be Dancing”: Stream 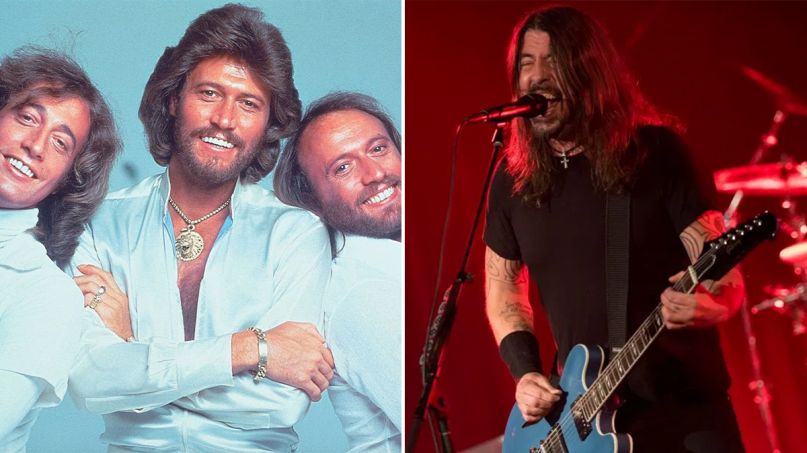 Even after three decades in the game and 50 years of life, Dave Grohl is still discovering things about himself. For example, the rocker recently learned that he has a killer falsetto when Foo Fighters recorded a ridiculously impeccable cover of Bee Gees’ “You Should Be Dancing” for BBC Radio 2.

As the frontman explained to host Jo Wiley during her Sofa Sessions show, the band was in the studio to record their requisite cover when the new Bee Gees documentary, How Can You Mend a Broken Heart, was brought up. Grohl suggested trying their hand at a cover of “You Should Be Dancing” — and doing it just like the Bee Gees.

“We started recording the instrumental track, and then I thought, ​’Okay, well I’m gonna go out and sing it,'” Grohl recalled. “And let me tell you: I have never, ever in my life sung like that, but it was the easiest song I have ever sung in my entire life! I had no idea my voice could… I sang the song, and it was like six minutes and I was done. I should have been singing like this for the last 25 years!”

Not only is Grohl’s Barry Gibb impressions a thing of beauty, Nate Mendel’s bass work is funky as all get out, and Taylor Hawkins clearly enjoyed laying down that disco beat. As for the future of Grohl’s falsetto, all he would tease is, “There is a plan.”

Elsewhere during Wiley’s show, Foo Fighters played their own tracks “All My Life” and recent Medicine at Midnight hit “Waiting on a War”. Grohl also discussed the legacy of Saturday Night Fever, his biggest fear (getting stuck in an elevator), and what he’d change about his appearance.

Listen to a tease of Foo Fighters’ “You Should Be Dancing” cover below, and stream the whole Sofa Sessions episode over at the BBC Radio 2.

In case you missed it, Foos caught up with @jowhiley on @BBCRadio2 and premiered the 'Dee Gees.' 🕺 Check out the cover now on @BBCSounds: https://t.co/RuhWFbKtKh pic.twitter.com/6QZ994Af2o