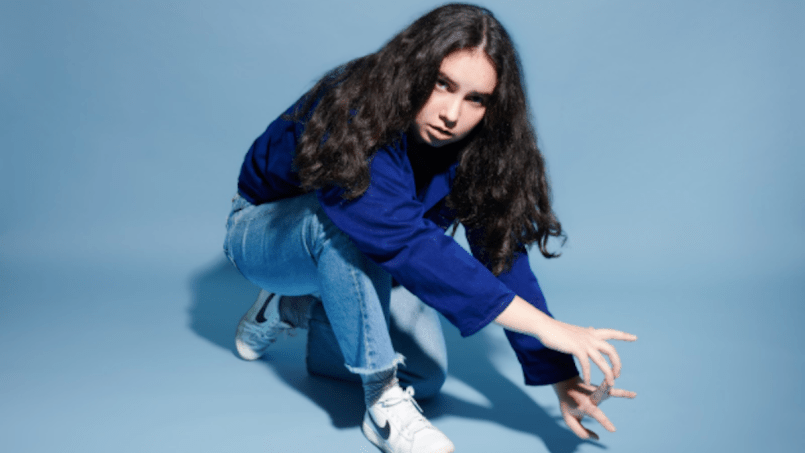 The Luxembourg-based band Francis of Delirium have announced their new EP Wading. It drops April 2nd via Dalliance Recordings and is preceded by the lead single, “Let It All Go”.

One of the tiniest countries in Europe has yielded some big emo rock. The project is led by songwriter Jana Bahrich, originally from Vancouver, whose tour of the European Union also included extended stays in Belgium and Switzerland. (This cosmopolitan childhood came courtesy of her parents, both teachers at international schools.) Now 19 years-old, Bahrich began writing under the Francis of Delirum moniker in Luxembourg before linking up with drummer/producer Chris Hewett. The project debuted with the All Change EP in 2020, and is now poised for a big push with Wading. This newest EP was mixed by Gabe Wax (Adrianne Lenker, Palehound) and mastered by Joe Lambert (The National, Sharon Van Etten, Dirty Projectors).

On “Let It All Go”, Bahrich’s lyrics pour out in an intimate stream of consciousness. While she’s capable of a belt that recalls some of Alanis Morissette’s fury, she’s also comfortable speeding, catching a frantic emotional state in a rockslide of syllables. Yet this frenzy leads her off a cliff — she screams “Your face, it touches my face,” and the guitars fall out beneath her. With grand theatricality, she builds the song back up from the bottom, starting with repeating, “Let it all go,” and using, “Aren’t you tired of being alone?” to vault back to her previous heights.

In a statement, Bahrich explained how the song came together, writing,

“It’s set over one night at a party, and eventually resulting in the acceptance and letting go of a relationship that is broken. The song is very confessional so it’s written in this stream of consciousness almost in a spoken word kind of way. ‘Let It All Go’ chronicles a full commitment to isolation. To me the song feels like this vertigo, justifying and grappling and releasing. Trying to take back your anger from before, that how someone hurt you doesn’t matter and you can move past it, ‘I’m so sorry I was overbearing and I’m so sorry I thought this meant something.’ Eventually there’s this acceptance, you have to let go. Although removing yourself is the healthier option, you also descend into a space of isolation.”

“Let It All Go” comes with a trippy claymation video directed by Bahrich. It shows faces being constructed, playing instruments, and then getting ripped apart again. You can check it out below, and scroll onwards for the Wading artwork and tracklist. As for the EP itself, the wait is over April 2nd and pre-orders are available through Bandcamp.