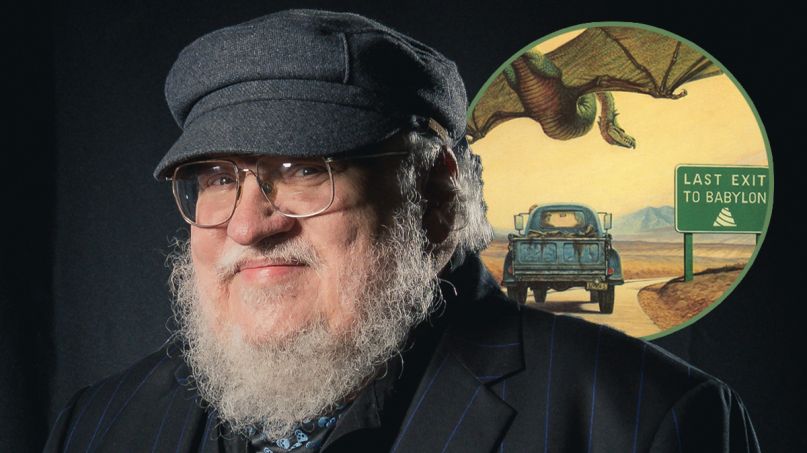 George R.R. Martin is conjuring up more dragons for HBO, only this time, they’re not his own creations. The man behind Game of Thrones is executive producing an adaptation of novelist Roger Zelazny’s sci-fi book Roadmarks alongside writer, EP, and showrunner Kalinda Vazquez.

Published in 1979, Roadmarks centers on an intertemporal highway constructed by the mysterious Dragons of Bel’kwinith. Off ramps along the route lead to different points in time in different places, with a special few individuals who have access to the Road able to travel between timelines. They can also change events in the past to alter the future, causing old exits to become inaccessible and new ones to open up.

Zelazny was a personal friend of Martin before his passing in 1995. The latter actually first got into television by adapting the former’s Last Defender of Camelot for a 1985 episode of The Twilight Zone. Said Martin of working on Roamarks (via Deadline),

“Roger was a friend, a mentor, and one of the greatest science fiction writers who ever lived. It was an honor to be able to bring his work to television. That is why I am so thrilled to be a part of adapting Roger’s novel Roadmarks for HBO. We have a great book, a great screenwriter in Kalinda Vasquez, and the makings of a wonderful, original show. I look forward to a long and thrilling journey.”

Vasquez, who is named after a Star Trek character, is known for writing on Star Trek: Discovery and co-exec producing Fear the Walking Dead. She’s also worked on Marvel’s Runaways, Once Upon a Time, Prison Break, and Nikita. In addition to Vasquez and Martin, Game of Thrones co-exec producer Vince Gerardis is coming along as EP on Roadmarks.

Gerardis is also serving as executive producer on the upcoming GoT prequel series House of the Dragon. That’s one of three Game of Thrones spinoffs HBO is developing, including Tales of Dunk and Egg and an animated series for HBO Max.

Of course, all this extra work means less time for Martin to focus on the long-promised final two entries in the A Song of Ice and Fire series, The Winds of Winter and A Dream of Spring. Martin had said he intended to use the pandemic quarantine to finish the first novel, but his self-imposed deadline has long since come and passed.