Greta Van Fleet Give Off Queen, Elton John, and Rush Vibes in Video for “Heat Above”: Watch 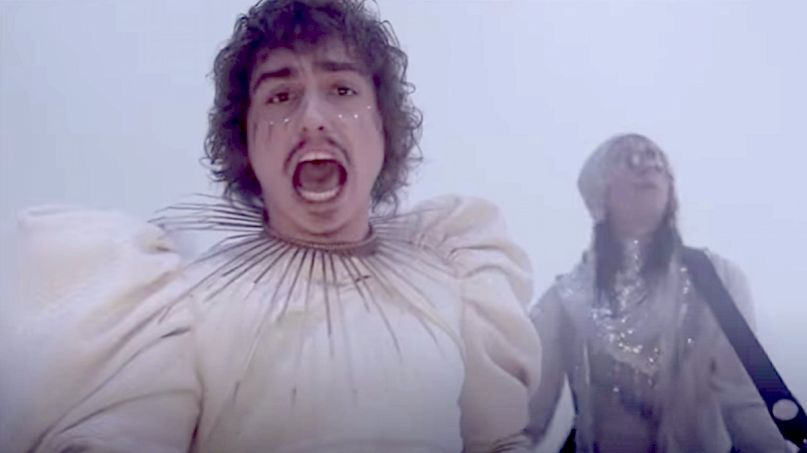 Greta Van Fleet embrace rock’s past, present, and future in the new music video for their recent single, “Heat Above”, paying homage to a ’70s glam aesthetic in the clip.

The video employs an over-the-top cinematic touch, but as the band explained in a press statement, the grandeur is deliberate.

“‘Heat Above’ is theatrical, eloquent, and exaggerated,” Greta Van Fleet commented in an oblique statement about the video. “This is a dream in the clouds, a moment of peace in the storm. Thematically, we are dead center in the cult of Heaven, surreal, strange and free.”

As far as the band’s look in the video, there are definitely Queen, Elton John, and early Rush vibes to the ethereal white and silver outfits, along with added touches of Bowie glam and androgyny. Musically, the track reflects a burgeoning progressive rock overtone in Greta Van Fleet’s new material. It sounds a bit like Rush, with the combination of guitar theatrics and singer Josh Kiszka’s falsetto vocals.

Greta Van Fleet have been garnering comparisons to late ’60s and ’70s rock acts since the young Michigan band emerged on the scene. However, most of those comparisons — and criticisms — came from the band’s overt similarities to Led Zeppelin. Prog artist Steven Wilson went as far as to peg Greta Van Fleet as a “boy band version of Led Zeppelin.”

However, for album two, The Battle at Garden’s Gate, due April 16th, the Zeppelin influences seem far more subtle based on the singles “Age of Machine”, “My Way, Soon”, and “Heat Above”. With expectations set high for the sophomore album, the band looks to be settling into its own artistic voice and shedding the overt Zeppelin-isms.

Watch the video for “Heat Above” below. Pre-order the new album via the band’s merch store or Amazon.