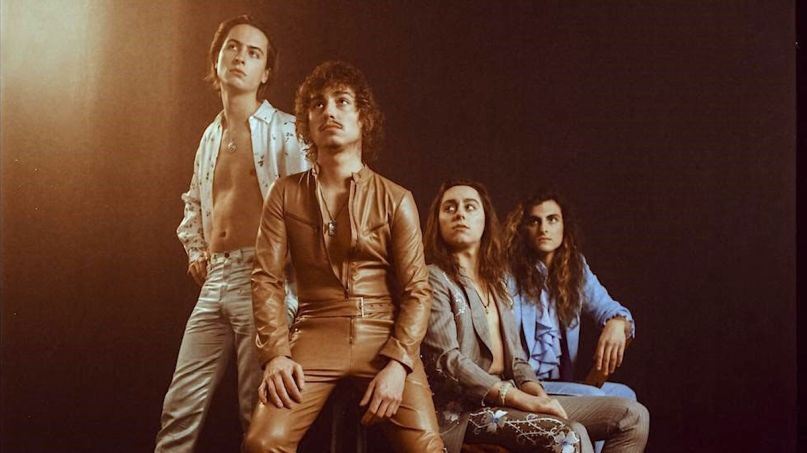 Greta Van Fleet have shared “Heat Above” as the latest single from their forthcoming album, The Battle at Garden’s Gate. The band’s sophomore full-length arrives on April 16th.

Rooted in the reality of these trying times, the song comes as an inspirational response to the ongoing negativity in the world. “There’s plenty of love left in this world, even though it may not seem like it,” bassist/keyboardist Sam Kiszka said in a press statement. “And that’s what ‘Heat Above’ is about, rising to the stars together.”

The song’s positive vibe paired with the typically triumphant delivery of Greta Van Fleet make “Heat Above” particularly grandiose. Vocalist Josh Kiszka continues to hit the high notes with ease, and the band sounds as confident as ever, building a soaring crescendo.

While Greta Van Fleet constantly drew comparisons to Led Zeppelin on their previous EPs and debut album, the band appears to be exploring a more prog-rock sound on the new effort, with “Heat Above” even giving off some Rush vibes.

As Sam explained, the song bridges the gap between the band’s early material and the new album.

“Well, in a way, it acts as a bit of a thesis in this whole body of work,” he told Zane Lowe in an interview for Apple Music. “And it really does, I think, particularly bridge the previous album with this newest album. Years in the making. This song has been years in the making. This particular track. I think it’s the oldest track on the album. We wanted to do the track for a while and just haven’t really gotten around to it. And we pulled it off the shelf, dusted it off and reformatted it and we did some other writing on it.”

The Battle of Garden’s Gate is the follow-up to the band’s successful 2018 debut, Anthem of the Peaceful Army. Previous single, the seven-minute “Age of Machine”, also showcased a more progressive side of Greta Van Fleet, while the first taste of new music, “My Way, Soon”, delivered a more breezy sound.

You can pre-order the album via the band’s merch store and Amazon. Stream “Heat Above” below.