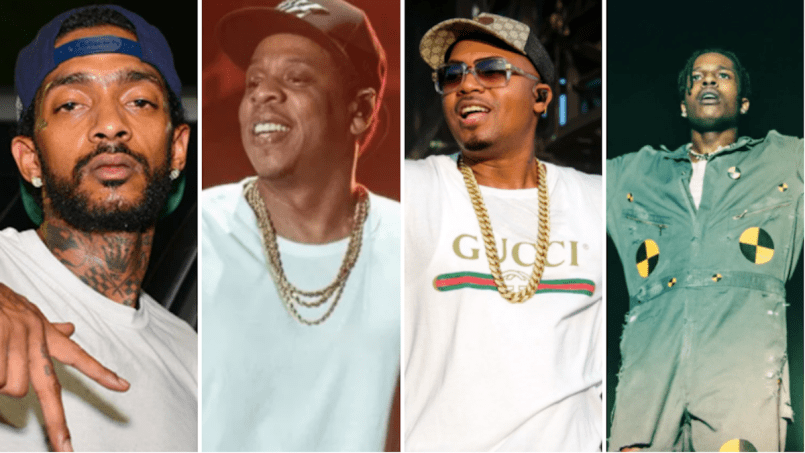 The Shaka King film Judas and the Black Messiah hits theaters and HBO Max today, and its accompanying LP The Inspired Album has received a simultaneous release. Stream it below using Apple Music or Spotify.

The movie stars Daniel Kaluuya as Black Panther leader Fred Hampton, who was betrayed by his associate William O’Neal (Lakeith Stanfield) and murdered in his sleep by the Chicago Police. Although the film only debuted at Sundance earlier this month, it was already named one of the Top 10 Movies of 2020 by the National Board of Review. While Mark Isham, Craig Harris, and Quelle Chris provided the movie’s score, the star-studded The Inspired Album is poised to become a musical blockbuster in its own right.

Produced by Hit-Boy, Dash Sherrod, Ryan Coogler and Archie Davis, it will be notable to hip-hop fans as the first collaboration between JAY-Z and the rapper he famously supported, Nipsey Hussle. Alongside their posthumous track “What It Feels Like”, the compilation boasts one of the freshest NAS verses since Stillmatic, plus contributions from ASAP Rocky, Black Thought, Smino and Saba, Masego with JID and Rapsody, BJ the Chicago Kid, LIl Durk, G Herbo, Polo G, Dom Kennedy, Pooh Shiesty, Nardo Wick, White Dave, SiR, Safe with Kiana Ledé, and the legend Rakim. HE.R.’s smooth neo-soul song “Fight For You” preceded the album’s release.

Judas and the Black Messiah can be seen in cinemas or, if you still care about the pandemic, HBO Max. Listen to the music inspired by it ahead.

Judas and the Black Messiah: The Inspired Album Artwork: