Authorities plan to meet with one of the rocker's alleged victims 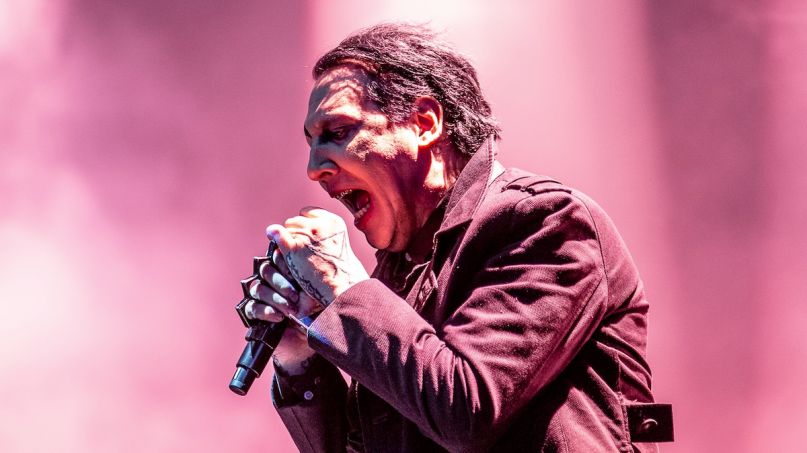 The Los Angeles Country Sheriff’s Department is reportedly looking into abuse claims against Marilyn Manson. According to TMZ, authorities are planning to meet with one of the singer’s alleged victims shortly.

TMZ, which cites law enforcement sources, reports that initial complaints about Manson were directed to the FBI, but that the federal agency had passed on its information to the L.A. County Sheriff’s Department. Authorities are apparently trying to determine if a crime was indeed committed and whether it falls under their jurisdiction before launching an official investigation.

Update: The L.A. County Sheriff’s Department has confirmed the investigation in a statement to The Hollywood Reporter. “The Los Angeles County Sheriff’s Department, Special Victims Bureau is investigating allegation(s) of domestic violence involving Mr. Brian Warner, also known as ‘Marilyn Manson,’ who works in the music industry,” the statement reads. “The incidents occurred between 2009 and 2011 when Mr. Warner lived in the city of West Hollywood.”

The firestorm of accusations directed toward Manson started when his ex-fiancée Evan Rachel Wood went public with abuse claims against the musician on February 1st. “The name of my abuser is Brian Warner, also known to the world as Marilyn Manson,” the Westworld actress wrote in an Instagram post. “He started grooming me when I was a teenager and horrifically abused me for years. I was brainwashed and manipulated into submission.”

Since then, fellow actress Esmé Bianco (Game of Thrones) has also gone public with her own abuse allegations against Manson, calling him a “monster who almost destroyed me” while detailing horrific incidents that took place when they lived together.

Most recently, Manson’s former assistant, Dan Cleary, said that he witnessed the singer’s current wife, Lindsay Usich, being abused by the shock rocker.

Previously, L.A. officers swarmed Manson’s Hollywood Hills home a couple nights after Wood’s allegations, when a concerned associate called for a welfare check. The singer never answered the door, but a representative assured authorities that Manson was not a danger to himself.