LEGO Releases Soothing “White Noise” Playlist Made Up of The Sounds of LEGO Bricks: Stream 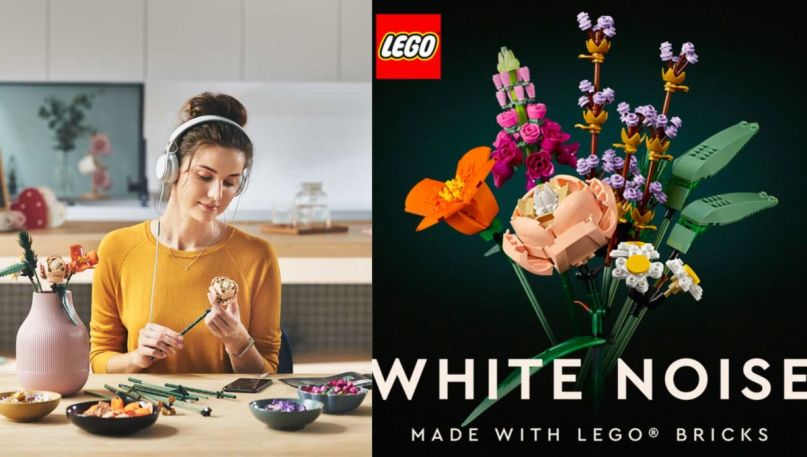 One of the most chaotic Januarys in American history may finally be over, but there’s still plenty to stress out about, especially as we enter our 12th month of the pandemic. To help ease some of these anxieties, a comforting new “White Noise” playlist has been released by… The LEGO Group. Yeah, the company with the colorful little blocks.

Don’t worry; LEGO isn’t trying to become the next hottest music tastemaker. Instead, LEGO’s entire mix is made up of the sounds of LEGO bricks. “Each LEGO element makes a unique noise, which is why designers experimented with over 10,000 in their quest for the perfect soothing sounds,” explains a press statement.

There are seven 30-minute tracks on the “White Noise” playlist, and each showcases a different sound made by the toys. Sifting through waves of LEGOs gives us the blustery noise heard on “Wild as the Wind”. Meanwhile, the refreshing rush of “The Waterfall” was created “by pouring thousands” of bricks on top of each other.

Stream all 210 minutes of the LEGO “White Noise” playlist below. The mix is part of a new campaign aimed at adults, “following research that found that almost three quarters (73%) of adults are on the hunt for new ways to destress,” according to LEGO. Other products of this campaign include the LEGO Flower Bouquet and the LEGO Bonsai Tree (both seen in the photos below).