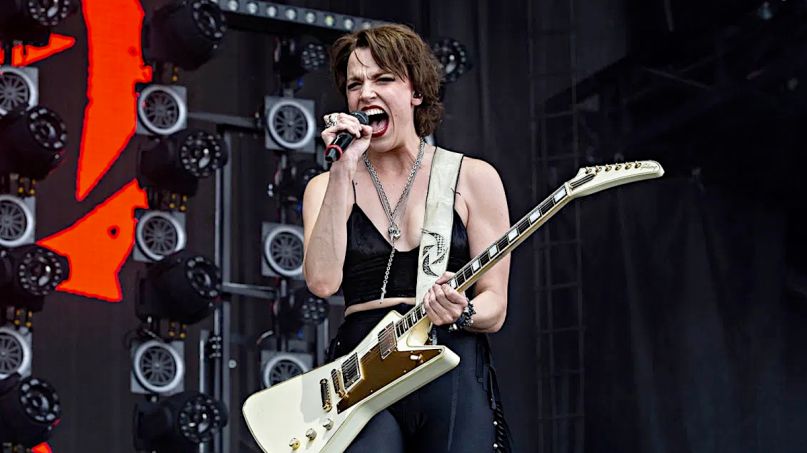 Halestorm have covered The Who’s “Long Live Rock” in conjunction with the recently announced documentary of the same name. The rousing rendition is fueled by frontwoman Lzzy Hale’s powerful vocals.

The new documentary Long Live Rock … Celebrate the Chaos focuses on the culture surrounding hard rock, with appearances by members of Metallica, Guns N’ Roses, Rage Against the Machine, Slipknot, Halestorm, and many others. It was filmed at a number of U.S. rock festivals in recent years, and also spotlights fans of the music, as they “commune with their ‘rock families’.”

In promotion of the movie, Halestorm have tackled “Long Live Rock”, which was released on The Who’s 1974 rarities collection, Odds & Sods, and also featured during the credits of the legendary UK band’s 1979 documentary, The Kids Are Alright.

While The Who’s original track has a honky-tonk vibe, Halestorm turn up the volume on their version, giving it more of an AC/DC flavor. Lzzy’s vocals are front and center, as her raspy wail powers the hard-driving track.

Long Live Rock … Celebrate the Chaos premieres with a global streaming event on March 11th. Details on the movie can be found at its official website.

Listen to Halestorm’s cover of The Who’s “Long Live Rock” below.