The guitar phenom's performance has caught the attention of rock luminaries 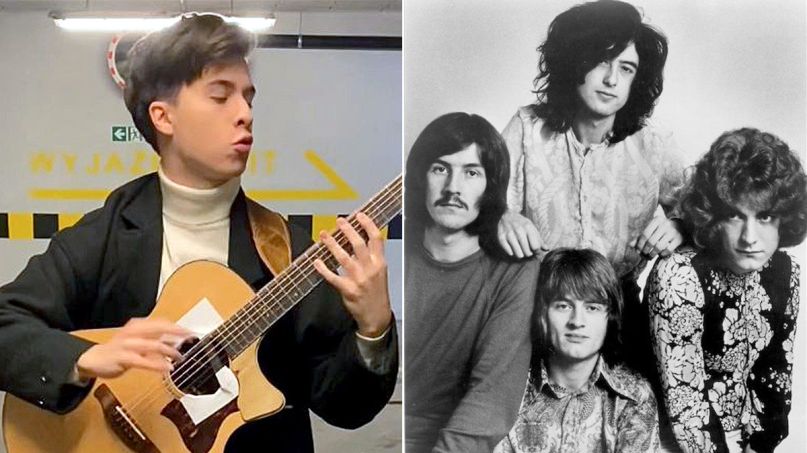 Marcin, who goes by his first name only professionally, recorded the video in a parking garage, adding beefy acoustics and natural reverb to his rendition. The effect is truly impressive, as Marcin not only arranges “Kashmir” to fit his distinct playing style, but makes it sounds massive in the process, considering he plays only an acoustic guitar. The general reaction of the rock music luminaries speaks for itself:

The key to Marcin’s magic his is ability to drum on the body of the guitar while also fretting notes and finger-picking at a virtuosic level. He said he’s never been trained, instead developing the style on his own by melding assorted influences he discovered on the internet.

“I had no teacher, so I started to experiment and create my own ideas and techniques,” Marcin told Stage and Screen in a 2019 interview. “I would look at the internet and combine really different contrasting ideas myself. It’s so new, and fresh that it differs a lot – everybody plays it differently, as everybody has their own experiments. … When I travel, I hear many different opinions, and the one I am most happy about is when people say they’ve never seen something like this before.”

His ability to multitask and create an almost full-band sound with a sole acoustic guitar got him a slot on America’s Got Talent, where he combined Beethoven’s “Fifth Symphony” and System of a Down’s “Toxicity” into one performance. He would eventually be eliminated in the semifinal round. Since then, his covers of Queen’s “Innuendo” and Metallica’s “Master of Puppets” have also been widely seen.

Watch Marcin shred through “Kashmir” below.