The Ides of March is out May 14th 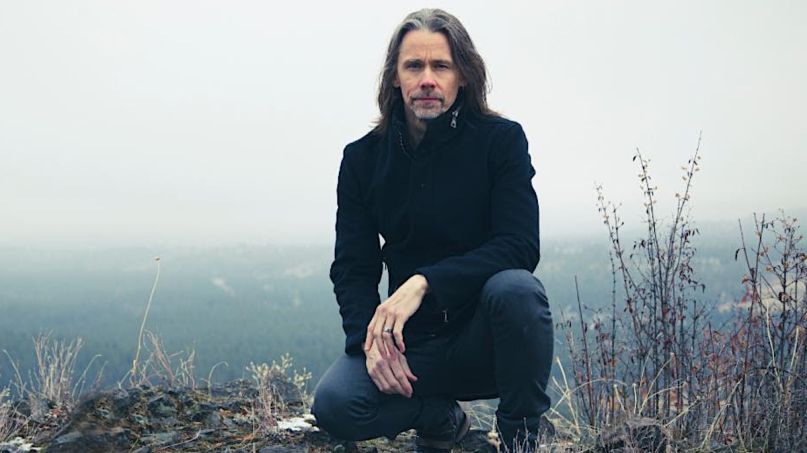 Slash co-conspirator and Alter Bridge singer Myles Kennedy has announced his second solo album, The Ides of March, due out May 14th. In anticipation, Kennedy has shared the lead single, “In Stride”.

The Ides of March follows Kennedy’s debut solo effort, 2018’s Year of the Tiger. The singer-guitarist first told Heavy Consequence about the new album in our interview last year, where he revealed “a lot of it is blues-based.” The single “In Stride” definitely has some bluesy elements, with a bit of a country-rock tinge. Throughout the song, Kennedy’s soulful voice is front and center.

The single’s chorus of “take it all in stride” could be considered Kennedy’s advice for coping with the pandemic, as he wrote the lyrics during the panic of the first wave of lockdowns.

“Chill out. That pretty much sums it up,” he said of the song in a press announcement. “The lyric paints a picture of a survivalist preparing for an impending zombie apocalypse. It was inspired by the first wave of lockdowns as everyone was buying vast amounts of toilet paper and supplies. I started to ask myself if it might be wise to try and gain some perspective and not overreact… keep calm and carry on.”

As he’s proven with Alter Bridge and Slash Featuring Myles Kennedy and The Conspirators, the singer can seemingly hit any note with ease, and his voice possesses an enchanting world-weariness that comes to the fore on these solo recordings.

Kennedy prepared the new album during his downtime in 2020 following the cancellation of all touring. After a period of creativity and songcrafting, Kennedy assembled the musicians that aided him in Year of the Tiger, including drummer Zia Uddin and bassist Tim Tournier. The three musicians recorded the album in Florida with producer Michael “Elvis” Baskette.

Pre-order The Ides of March via Napalm Records or Amazon. Watch the video for “In Stride” and check out the album’s artwork and tracklist below.

The Ides of March Artwork: