A wonderfully retro appearance in support of her Feeling Lucky? EP 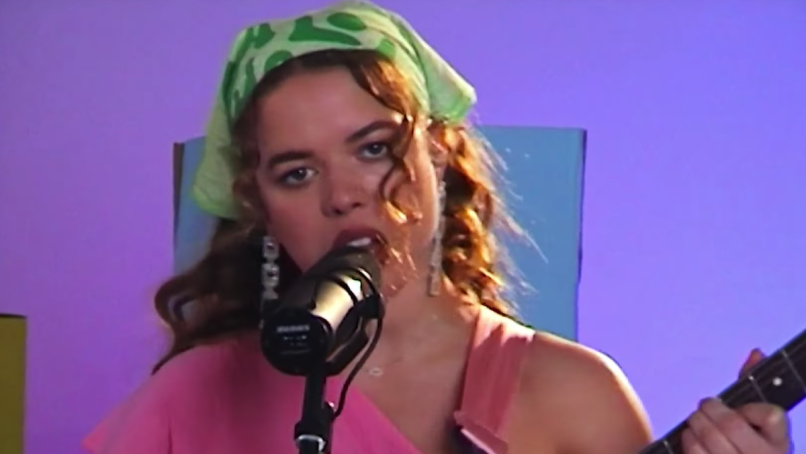 Nilüfer Yanya on The Tonight Show

To celebrate the release of her new EP, Nilüfer Yanya stopped by The Tonight Show Starring Jimmy Fallon on Tuesday night to play “Crash” live.

Yanya and her band threw it back to the ’90s for their performance. Everyone was outfitted in bright, popping pink and green clothing, and they were surrounded by a multiple colorful geometric shapes. Even the way the entire thing was shot — like a public access morning kid’s show — stayed true to the aesthetic. All we need now is a “Crash”-themed Trapper Keeper or Lisa Frank folder. Watch the video down below.

Technically, Yanya dropped her Feeling Lucky? EP back in December, but the holiday rush and long-needed end of 2020 pushed some of the record celebrations into the new year. She probably didn’t mind, come to think of it, considering the whole premise of the EP was to reflect on luck, both consciously and subconsciously, and the things that are out of your control.

Feeling Lucky? follows Yanya’s breakout debut album, Miss Universe, which ranked highly as one of our favorite records of 2019. In addition to “Crash” and “Same Damn Luck”, the EP includes the song “Day 7.5093”, which she premiered over the summer during an NPR Tiny Desk (Home) Concert.

Last year, Yanya used her time quarantining during the global pandemic to help give back to others. While most of us were busy playing video games and baking bread, she was helping boost rising musicians around the world and contributing new music to benefit compilations for healthcare workers.