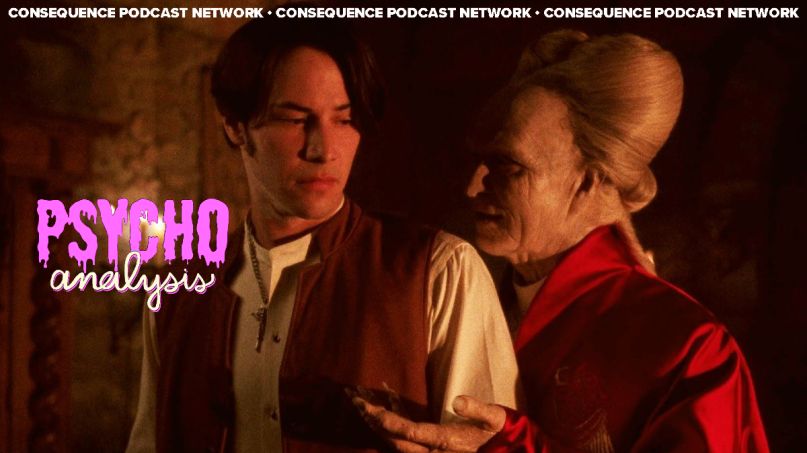 Psychoanalysis is a weekly series on the Consequence Podcast Network that takes an in-depth look at a mental health topic through the lens of horror.

“I have crossed oceans of time to find you.”

With Valentine’s Day looming, Jenn, Mike, and Lara cross oceans of pods to join special guest Gena Radcliffe from the Kill By Kill podcast and The Spool for a comfort horror episode on Francis Ford Coppola’s blockbuster reimagining of Bram Stoker’s Dracula.

Put on your muscle armor and meet us in the daylight as we talk Victorian horniness and gothic writhing in Coppola’s star-studded adaptation of the classic vampire tale. Gena loves the unique costume design, Lara analyzes the film’s central relationship, Mike puzzles over the acting choices of Sir Anthony Hopkins, and Jenn loses her mind over spooky snow horror.

Stream the episode above and subscribe to the series now. Also be sure to follow the Consequence Podcast Network for updates surrounding future programming. After all, everyone’s entitled to one good scare.

— Bram Stoker Claimed That Parts of Dracula Were Real. Here’s What We Know About the Story Behind the Novel

— 25 Crazy Facts Behind The Making Of Bram Stoker’s Dracula