Candyman Is a Manifestation of Generational Trauma 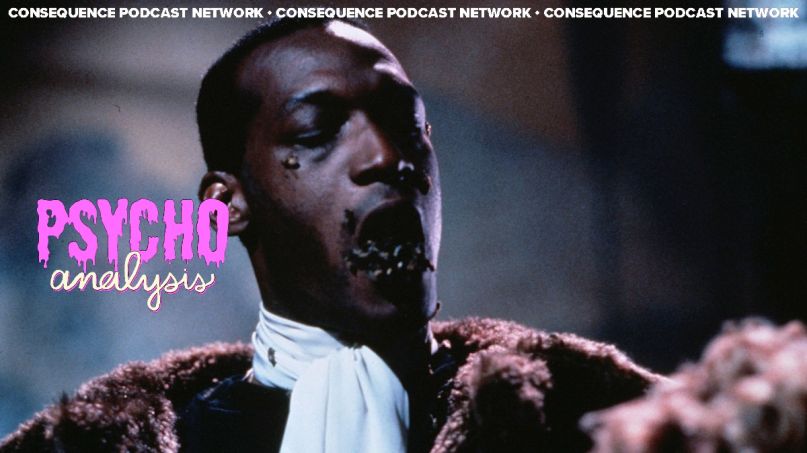 Psychoanalysis is a weekly series on the Consequence Podcast Network that takes an in-depth look at a mental health topic through the lens of horror.

“I am the writing on the wall, the whisper in the classroom. Without these things, I am nothing. So now, I must shed innocent blood. Come with me.”

Today, Jenn, Lara, and Mike say their names five times in the mirror to conclude their series on generational trauma with Bernard Rose’s complicated classic, Candyman. There’s a lot lurking beneath the surface of this ’90s slasher and the conversation covers broad topics such as systemic racism, confronting privilege, and white saviors.

Together, they’ll discuss the relationship between power and monstrosity and how to hold space for the pain of racial oppression. The crew loves both Tony Todd and Virginia Madsen, but examines the problematic elements of their characters. Less complicated is the certainty that Trevor is the worst, and you should never paint your walls Pepto Bismol pink.

Stream the episode above and subscribe to the series now. Also be sure to follow the Consequence Podcast Network for updates surrounding future programming. After all, everyone’s entitled to one good scare.

— The True Villain of Candyman Isn’t the Urban Legend Himself—It’s Helen
— RACE & HISTORICAL MEMORY IN CANDYMAN
— The Writing on the Wall — Candyman and the Specter of Racial Trauma
— The Optics of Gentrification in Candyman
— Before Get Out, There Was Candyman
— How Candyman reflected the fears of urban society
— How a story about the horrors of housing projects became part of a horror movie
— They Came in Through the Bathroom Mirror
— Black Slasher Candyman draws fire over racist depictions
— Mixed Reviews with Allison & Aubrey
— Black Men Can’t Jump