Produced by Dylan Brady of 100 gecs 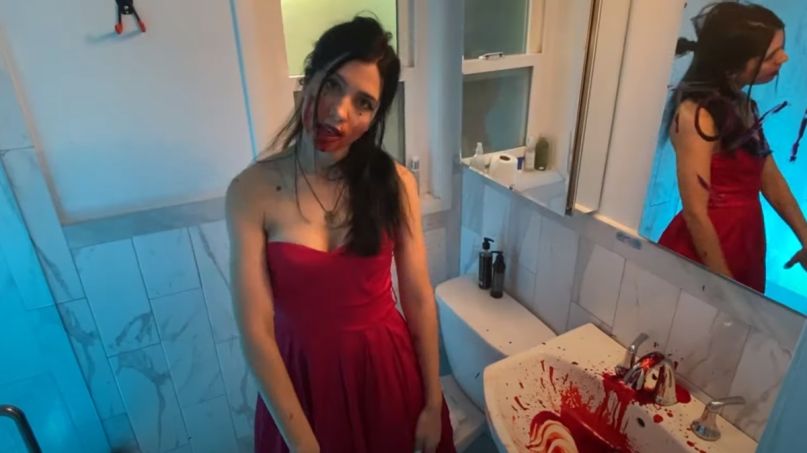 Pussy Riot have gone hyperpop on their latest song “Toxic”. The Dorian Electra collaboration features glitched out production by Dylan Brady of 100 gecs and tackles a relationship gone bad.

Written, directed, and edited by Pussy Riot’s Nadya Tolokonnikova, the music video features jarring, bloody imagery matching Brady’s production. “Care about yourself, cherish your mental health, and stay away from relationships that poison you!” Tolokonnikova writes in the YouTube description. “Amen.”

In the song’s lyrics, Tolokonnikova tells off an ex. “You are my daily poison so annoying,” she sings. “You’re even more toxic than my employer.” The hook continues the theme. “This combo is deadly — ’cause we used to be friendly,” Electra laments. “And now my heart is a weapon / You made me… toxic.”

A tweet promoting “Toxic” includes a reference to the #FreeBritney movement against the conservatorship of pop star Britney Spears under her father. Spears also released a major hit named “Toxic” in 2004.

Earlier this month, Pussy Riot released a video for “Rage”, which called for the immediate release of recently poisoned and imprisoned opposition leader Alexei Navalny, as well as Pussy Riot bandmate Masha Alekhina, who is under house arrest for pro-protest social media posts and participating in recent Moscow protests.

Meanwhile, Electra made a recent appearance on Rebecca Black’s “Friday” hyperpop remix, released in celebration of the viral song’s 10-year anniversary. Over the past year, Brady has made a name for himself outside of 100 gecs, producing songs for Charli XCX and Rico Nasty, as well as the aforementioned “Friday” remix.

Stream the music video below.

TOXIC IS COMING OUT TOMORROW