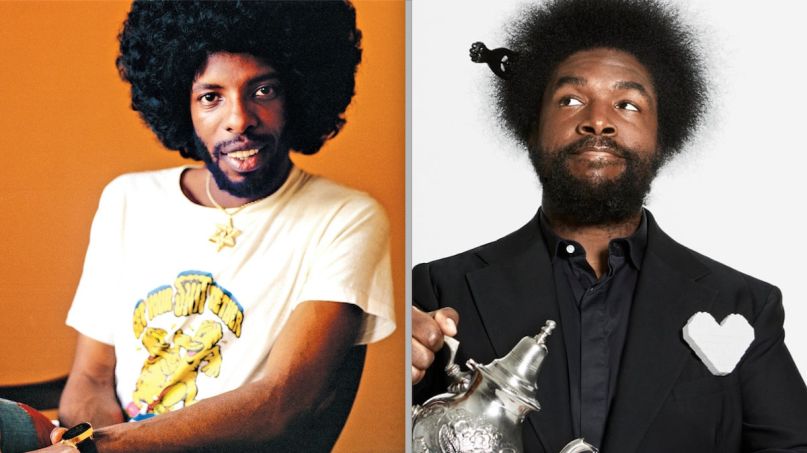 Last month, Questlove made his directorial debut when he premiered Summer of Soul (Or, When the Revolution Could Not Be Televised) at Sundance to rave reviews. Now, barely a few weeks later, he’s revealed that he’s already working on a follow-up feature to that smash hit: a documentary about the one and only Sly Stone.

The as-yet-untitled documentary will tell the story of the Sly and the Family Stone founder, from his individual role in the rise of funk to his lasting style a as fashion icon. Sly Stone, who turns 78 (!) this year, is literally one of the greatest singers of all time, and he earned that title while simultaneously shouldering the weight of representing Black Americans during the explosion of mainstream pop — a tightrope walk that the documentary hopes to capture in detail.

“It goes beyond saying that Sly’s creative legacy is in my DNA… it’s a Black musician’s blueprint,” said Questlove in a statement. “To be given the honor to explore his history and legacy is beyond a dream for me.”

The Roots drummer will be joined by a handful of skilled producing partners for the documentary, such as Zarah Zohlman, Shawn Gee, and MRC Non-Fiction. Common is also hopping onboard as an executive producer. Based on his encyclopedic knowledge of all things music, not to mention his skilled debut as a director this year, it’s safe to say our expectations are high for Questlove’s new film about the long-forgotten Black Woodstock.

The good news is that fans should be able to watch Summer of Soul relatively soon. Questlove’s first documentary will premiere on Hulu later this year and is set to get a theatrical release as well. In the meantime, you can pick up a copy of The Roots’ deluxe reissue of Do You Want More?!!!??! or hear Questlove’s collaboration on the new Public Enemy album. Better yet, catch him play a Pixar-ified version of himself in the new animated movie Soul.