The experimental singer-songwriter continues to create hype for his new album, DEACON

by Matt Melis and CoS Staff 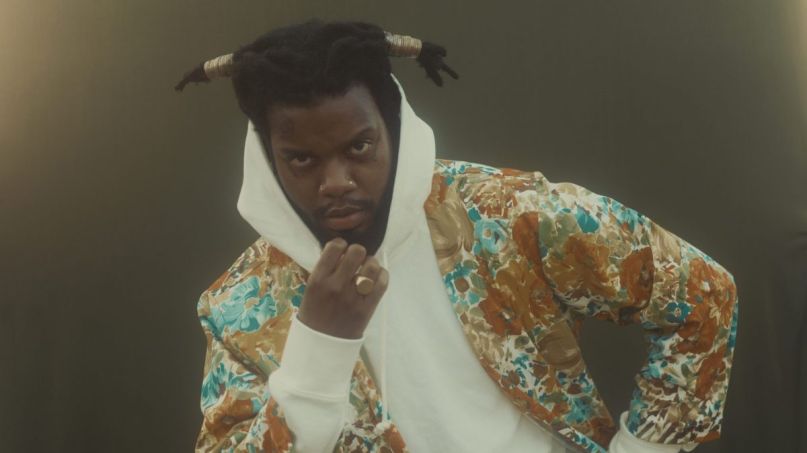 Song of the Week breaks down and talks about the song we just can’t get out of our head each week. Find these songs and more on our Spotify Top Songs playlist. For our favorite new songs from emerging artists, check out our Spotify New Sounds playlist. This week, serpentwithfeet gains traction with “Same Size Shoe”.

There are two types of hype in the music business. One type makes it feel like an artist has the primal forces of nature behind them, controlling all media and advertising to make it seem like their next album will not only be the next canonical masterpiece to change music forever, but also the antidote to all that ails our suffering species and planet. And, then, there’s the type of hype that seemingly finds root in the tiniest speck of soil imaginable and slowly grows from there — get this — as the actual music continues to touch us time and time again. File serpentwithfeet into that latter category of hype.

Experimental musician Josiah Wise, a Baltimore native now creating out of Los Angeles, was a blip on the margins of our radar at best going into 2021. But that’s changing in a hurry as his next album, DEACON, creeps nearer to its March 26th release on Secretly Canadian. Just three weeks ago, “Fellowship” crooned its way into our weekly honorable mentions with its organic percussion and life wisdom about friendship. A week later, Wise takes us to a similar place with “Same Size Shoe”, but it’s far from the same experience — like looking at a breathtaking landscape from two very different vantage points.

We recognize Wise from the first seconds of “Same Size Shoe”, even though atmospheric puffs and a more Gospel-tinged vocal greet us this time around. There’s an unmistakable essence the artist imprints on his songs — a thoughtful enlightenment and jubilation as he pieces together what meaning he’s made of circumstances — and while the range of these first two singles doesn’t seem particularly broad, it’s amazing how much eclecticism can exist in small spaces when we allow ourselves to embrace nuances. It also helps that Wise will do something as unique as call for a trumpet in a bridge and then vocalize the part (“fa-fa-da, fa-fa-da”) rather than have the instrument itself appear.

“Me and my boo wear the same size shoe,” Wise repeats happily in the choruses. The song’s warmth stems from that same type of homespun wisdom we heard in “Fellowship”, the artist using the imagery of shoes and feet to celebrate that he’s found his match, his soulmate, someone he can trust. It’s a jubilant moment that Wise packages as such a small, good thing here in “Same Size Shoe”. Listening to his songs has become like taking a bite of fresh-baked bread or sipping hot tea. His music is a reminder that life’s blessings often come through moments of simple awareness and that hype doesn’t have to be a garish, overblown proposition. It can simply be the gradual appreciation of a good thing.