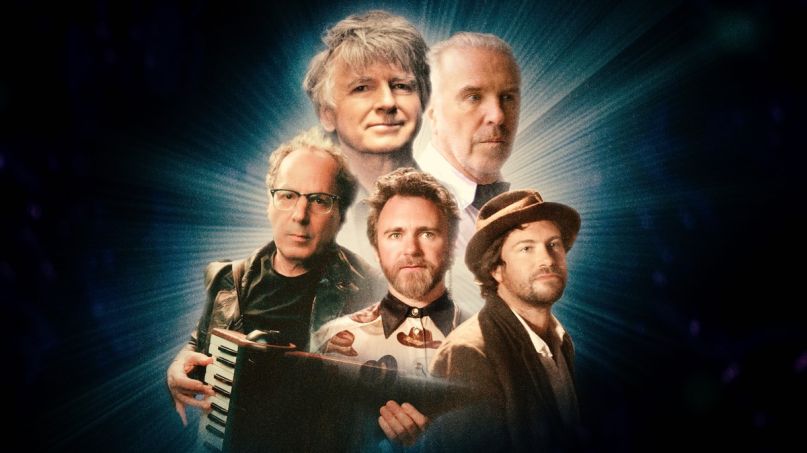 Crowded House have returned with news of their first album in over a decade, Dreamers Are Waiting. The record is due out later this year, but the Australian rockers are giving fans a taste with a new song called “To The Island”.

The track is actually the second single from the 12-song effort, which marks their first new full-length since 2010’s Intriguer. Last year, the gang unveiled a song called “Whatever You Want” that came paired with a hallucinatory video starring none other than Mac DeMarco.

The Crowded House lineup has shifted a lot throughout their myriad breakups and reunions since forming in 1985, and now the band is a multi-generational affair. The personnel for Dreamers Are Waiting features founding members Neil Finn and Nick Seymour, producer/keyboardist Michael Froom, and Neil’s sons, guitarist Liam Finn and drummer Elroy Finn.

“To The Island” was written before the pandemic began, but it’s one of those eerily prescient tracks that sounds like it could’ve been written during the last year of plague hell. In it, the narrator begs their lover to move to an island “where we can save our souls” because “the world is beyond us/ it’s too enormous.” It’s about packing up and leaving this world behind for something greater, and the video features picturesque footage that was filmed in New Zealand and Los Angeles.

Although the band didn’t do much in the 2010s besides reunion shows, Neil Finn didn’t lay low. In 2018, he replaced Lindsey Buckingham in Fleetwood Mac, toured the world with them, and will presumably be part of their live lineup post-pandemic. In a statement, the 62-year-old expressed how happy he was to get back in the studio with Crowded House and start touring New Zealand, where COVID cases have remained extremely low.

“We were fortunate to be recording in the studio right before lockdown and so began this album with band tracks recorded live in a room, all brimming with character and energy,” Finn said. “We then spent our strangest year, 2020, at distance from each other but connecting daily, swapping files and making those tracks complete.”

He continued, “We’re so excited and grateful to be back in one room together now, rehearsing, first to play live in front of audiences in NZ and soon we hope for the rest of the world.”

Dreamers Are Waiting is out June 4th and pre-orders are available now.