System of a Down’s John Dolmayan: “I Think AOC Is a Moron” 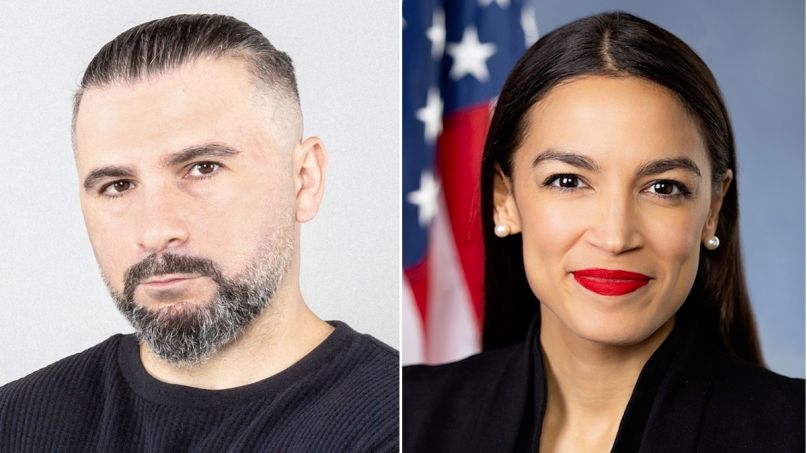 System of a Down drummer John Dolmayan continues to lash out at the Democratic agenda while also railing against “cancel culture bullshit.” The self-described “conservative” also has particularly harsh words for New York congresswoman Alexandria Ocasio-Cortez, deeming her a “moron”.

Over the past year or so, Dolmayan has used his Instagram account to label Democrats the “true bigots” when it comes to U.S. race relations; designate then-President Trump the “greatest friend to minorities”; and declare that Black Lives Matter “never had legitimacy.”

Recently, Dolmayan claimed that his political beliefs got him blacklisted when it came to turning his Ascencia comic-book series into a TV show or movie. He also defended actress Gina Carano, who was fired from The Mandalorian over a social media post that suggested Republicans in today’s United States are treated the same way as Jews were in Nazi Germany.

In a new interview with the podcast Uncle Dad Talks, Dolmayan insisted that while he is conservative, he is willing to “re-evaluate” his opinion on certain topics depending on the information he receives. That said, he seems to have made up his mind when it comes to Ocasio-Cortez, also known as AOC.

“I’m really disappointed in a lot of people, a lot of liberals, ’cause I have a lot of liberal friends,” said the drummer. “Most of my friends are liberal. I’m a conservative, as some people may or may not know. But at the end of the day, I change my opinion on things based on information. So if I get new information, I re-evaluate, I look at things, and I make a decision based on that.”

He continued, “I want what’s best for everyone, but I want everybody to have the freedom to do these things. I don’t like big government. I don’t like the agenda of a lot of the Democratic platforms these days. I think AOC is a moron. I just have to put that out there; I like to say that in every conversation.”

While it’s trendy for right-wingers to go after AOC, Dolmayan’s sentiments come in a week where the New York congresswoman has helped raise roughly $5 million for relief efforts in Texas after the state was blindsided by a winter storm and frigid weather that left hundreds of thousands without power and clean water.

The drummer also doubled down on his feelings about cancel culture, telling the podcast, “What’s happening right now with this cancel-culture bullshit is really destructive, and it always backfires on the people that are instituting it. And we have to be really careful because in the ’50s, we had something called McCarthyism where people that were hyper-liberal and a lot of people that were considered communists, basically they lost their entire lives.”

He added, “That whole generation of great artists and writers that were just ostracized. And we have to be careful because if we allow that to happen in any way, it could always come back to the other side.”

The drummer’s political beliefs come in sharp contrast to his System of a Down bandmate Serj Tankian, who supported Bernie Sanders in the presidential primaries and has admitted that Dolmayan’s support of right-wing policies is “frustrating.” However, the two recently came together with their System of a Down bandmates to record the band’s first new songs in 15 years. The new tracks — “Protect the Land” and “Genocidal Humanoidz” — were released as a show of support for Armenia and its neighboring state Artsakh, which had come under attack by Azerbaijan and Turkey.