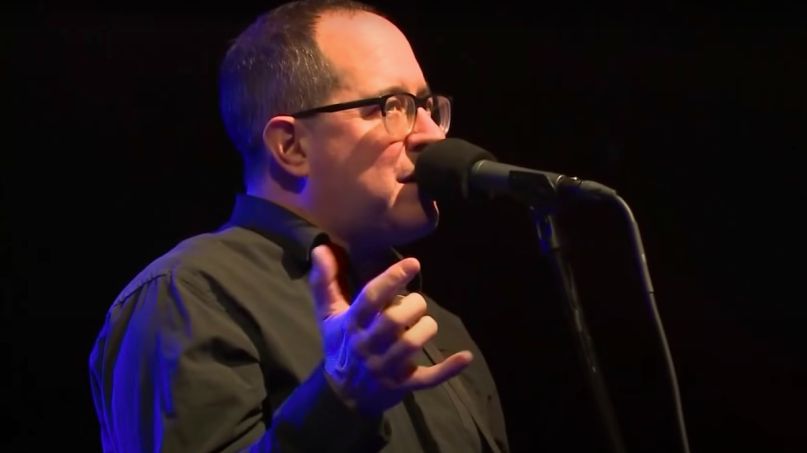 The Hold Steady on Late Night with Seth Meyers

The Hold Steady were the musical guest on Monday night’s episode of Late Night with Seth Meyers in promotion of their latest album, Open Door Policy. The veteran indie rockers performed the lead single, “Family Farm”.

Frontman Craig Finn previously described “Family Farm” as a signature Hold Steady track. “Songs are created a bunch of different ways in The Hold Steady, but to me, our most classic songs are driving rock songs with piano breaks,” he said. “Overall, it feels like a song that will be fun to play live – uptempo, dynamic, and a chorus with shout-along potential.”

Last night, the statement proved to be true, as the song’s brass accentuated its driving guitar riffs and keys. Finn turned in a passionate vocal performance, with lyrics unintentionally paying tribute to “Eruption” by Van Halen — the song was written before the legendary hard rocker’s recent passing. “St. Catherine’s was a nightmare / You know they took away my headphones,” he sings. “And the nurse that they assigned me / Had ‘Eruption’ as her ringtone.”