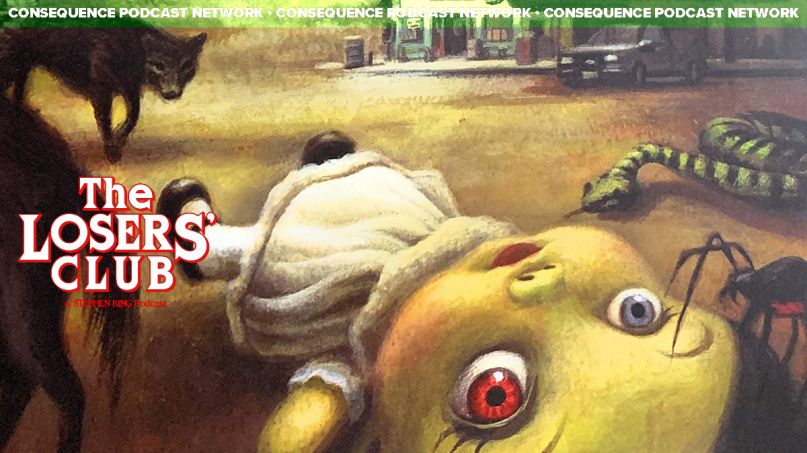 The Losers head down Highway 50 out in Nevada and make a pit stop in a small mining town called Desperation. It’s hot, it’s eerie, and it’s seemingly abandoned. To their surprise, though, there’s a lone deputy waving them in. He seems nice.

Join Losers Randall Colburn, Jenn Adams, Dan Pfleegor, and Ana Marie Cox as they dive into Stephen King’s 1996 novel. In the first of two episodes dedicated to the book, they discuss its themes of addiction, relationship to faith, and grisly scenery.

Things take an emotional turn when the Losers weigh in on how they personally react to the book, their own evolving journeys with religion, and their own experiences with addiction, recovery, and AA. Needless to say, there is much to mine in Desperation.

Stream the episode above, stay tuned for Part Two next week, and be sure to subscribe to the series

Founded in January 2017, The Losers’ Club is a weekly podcast for Constant Readers, horror hounds, and new fans of Stephen King to dig deep into the author’s oeuvre and the myriad TV, film, print, and stage adaptations of his work..